The E-M10 wasn’t the only announcement to come out of Olympus tonight. Also arriving (and also noteworthy) is the longest superzoom Olympus has ever made, and a new, tougher tough camera — both of which have some world’s first features to their name.

First up is the Stylus SP-100, a 50x superzoom that reaches farther than any Olympus has made before it. Of course, the reach in and of itself doesn’t make the SP-100 particularly noteworthy (plenty of companies make 50x and higher superzooms) and so Olympus has built in a first-of-its-kind feature that will help you actually use all that zoom without pulling your hair out.

It’s called an Eagle’s Eye Dot Sight, and it’s basically a screen that you peer through with a dot in the center that shows you what you’re pointing at in the distance. No more fully zooming in to catch that eagle in flight and seeing only blue through the viewfinder, just peek through the dot sight, adjust your angle, and you’ll center the frame every time.

Here’s what the dot sight, which is located underneath the pop-up flash, looks like when it’s opened up: 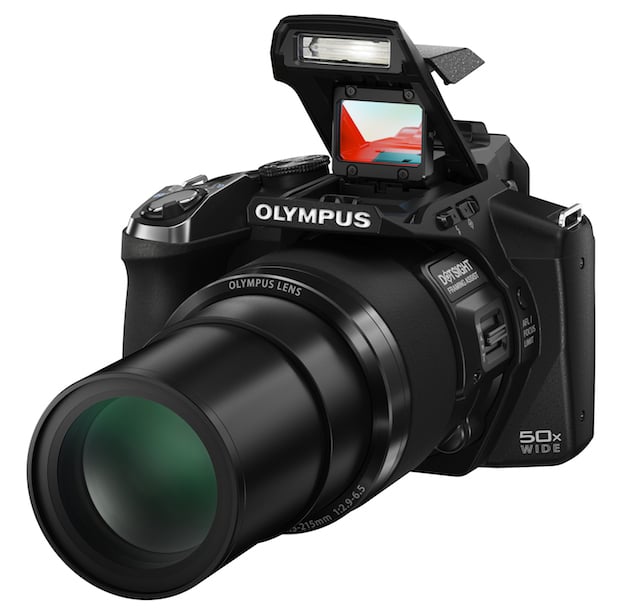 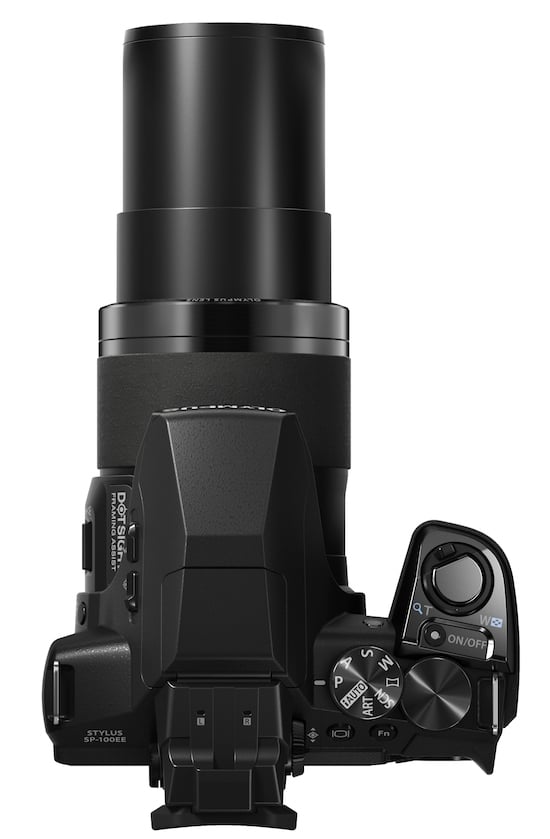 Next up is Olympus newest Stylus Tough model for the underwater shooting, camera dropping adventurer in all of us. And while most of the features are you standard minor improvements on the previous model, there are two features that are all-new and unique: a widest-in-class lens and tiltable waterproof LCD! 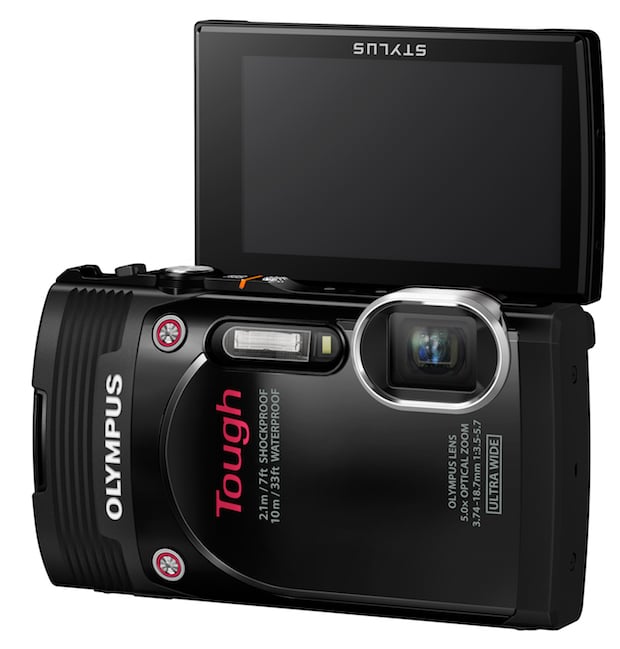 And that exclamation point is well-earned. It might not seem like something you need, but a flipping LCD can come in very handy on a camera with which you can shoot underwater. No more having to get down to the level of the camera for those half-above, half-below water shots, just flip the screen up and frame away.

In addition to the flippable screen, Olympus is also boasting the widest 5x zoom lens of any rugged camera at 21-105mm equivalent. And, of course, all of this comes in a camera that is freezeproof (14°F), waterproof (33ft), crushproof (220lbs), shockproof (7ft) and dustproof. 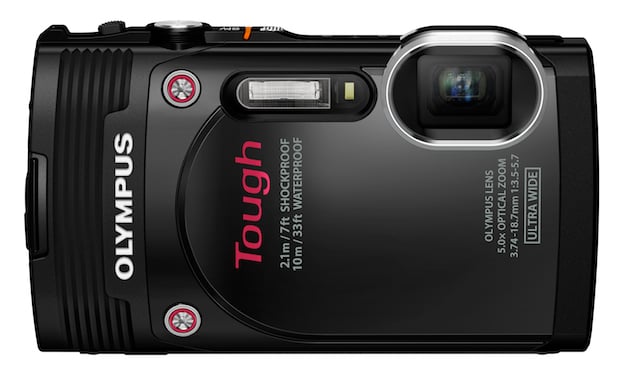 Both the SP-100 and TG-850 are scheduled to arrive on store shelves in March — the superzoom only available in black for $400, and the tough camera available in black, silver or white for $250. To learn more about either of these shooters, head over to the Olympus press center by clicking here.

Olympus Announces the Affordable E-M10, Calls it ‘The OM-D for All’

Could the Morel v. AFP/Getty Case Rewrite the Rules of Licensing Negotiation?