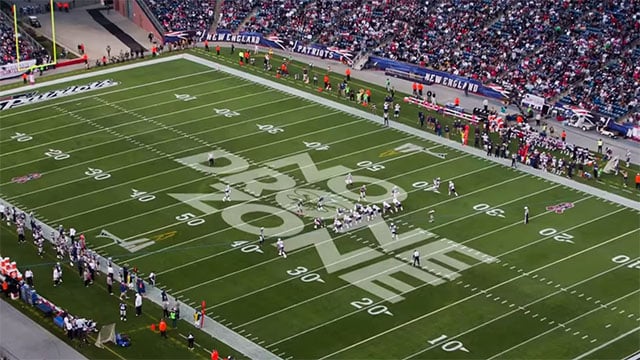 If you’re anywhere near the University of Phoenix Stadium in Glendale, Arizona this Sunday while the Super Bowl is going on, you should keep your camera drone stored away. The FAA is warning the public that the Super Bowl is a “No Drone Zone”: fly your drone anywhere within 30 miles of the stadium during the game and you’re breaking the law.

Here’s the short 15-second public service announcement released this week by the FAA:

“Don’t spoil the game, leave your drone at home,” the agency says.

Gizmodo created a map showing what a 30-mile radius around the stadium looks like, calling the restriction “absurd”. It’s an area covering roughly 2,827 square miles: The FAA’s message is just a reminder, as this restriction isn’t anything new. The FAA already has bans on drones (and other unauthorized aircraft) near large sports stadiums (with 30,000+ fans) while games are in process.

Anyone caught flying a drone near these events are at risk of being “intercepted, detained, and interviewed” by authorities. Consequences for doing so include jail time and fines for “careless and reckless” operation.

Here’s another short video the FAA released recently in order to educate the public on drone safety and legality:

Yesterday we reported that DJI is rolling out mandatory firmware that disables its drones in sensitive locations. Perhaps in the future drone companies will use software to restrict drone flight at particular times and places as determined by authorities.

(via FAA via The Verge)