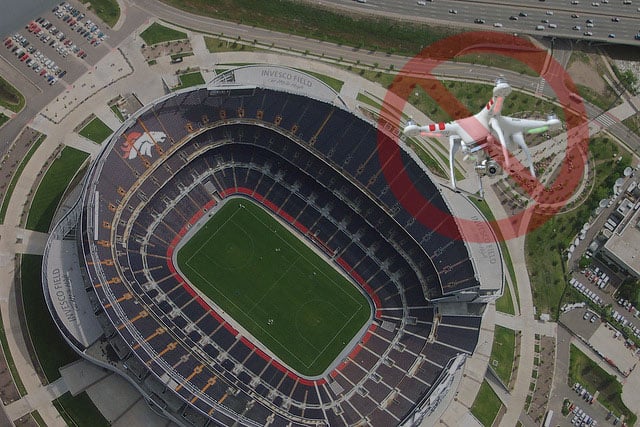 Earlier this year, we shared an interactive map showing where you aren’t allowed to fly camera drones. The list is generally pretty simple: national parks, military bases, and 5 miles around major airports.

Here’s another item to add to that list: major sport stadiums.


The FAA published a notice this past week warning that drones are not around big stadiums during major sporting events. Fly your camera drone closer than 3 miles from and less than 3,000 feet above a stadium, and you could find yourself facing a serious fine or jail time of up to a year.

More specifically, the FAA says the ban applies to the MLB, NFL, NCAA, and motor racing — as long as there are fans and the stadium seats at least 30,000, your drone is not welcome anywhere nearby.

You can read the text of the notice for yourself on the FAA website. Looks like you’ll have shelve your plans for snagging photos from the perspective of the Goodyear Blimp.