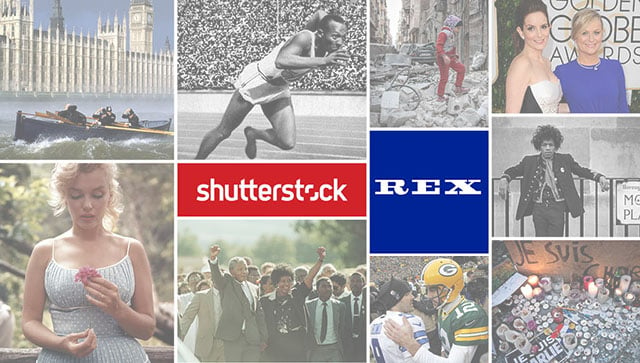 Stock photography giant Shutterstock announced today that it has agreed to acquire the UK-based press photo agency Rex Features for $33 million in a mostly cash deal.

Rex Features was the largest independently owned photographic press agency in Europe prior to this acquisition. It was founded back in 1954 by a husband and wife team who retired as managing directors in 2008. Its collection holds more than 10 million photos with 7,000 new ones added every day.

Those images will join the more than 47 million images and 2 million videos available in Shutterstock’s collection (“tens of thousands” of new ones are added each week).

Shutterstock says it purchased the agency in order to “serve editorial and commercial markets even more comprehensively.” The company wants to make a bigger splash in the world of editorial imagery, “a new market for Shutterstock with significant potential and many opportunities,” says Shutterstock founder and CEO Jon Oringer.

A Proposal Done Through a Fake Jewelry Commercial Shoot