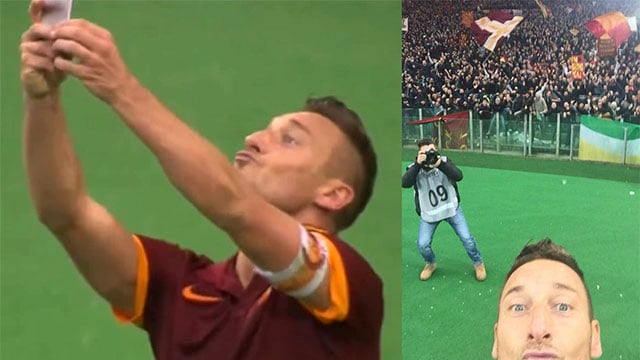 Major soccer teams over in Europe may be banning selfie sticks from the stadiums, but selfies appear to be alive and well on the field. After “selfie” was named word of the year in 2013, players have been incorporating actual picture-taking into their goal celebrations.

Just this past weekend, AS Roma captain Francesco Totti celebrated his record-breaking goal through a quick self-portrait with fans. The Guardian writes,

As Totti would later tell it, “a thousand different ideas” were running through his head but one stood out above the rest. He resolved to score and take a selfie in front of the Stadio Olimpico’s Curva Sud, capturing the jubilation of Roma’s supporters behind him. “I gave my phone to [goalkeeping coach] Guido Nanni,” he explained. “I asked him to take it with him when he went out to the pitch.”

Soccer players in Israel pulled a similar stunt back in early 2014 by grabbing a photographer’s DSLR and snapping some celebratory shots of themselves. 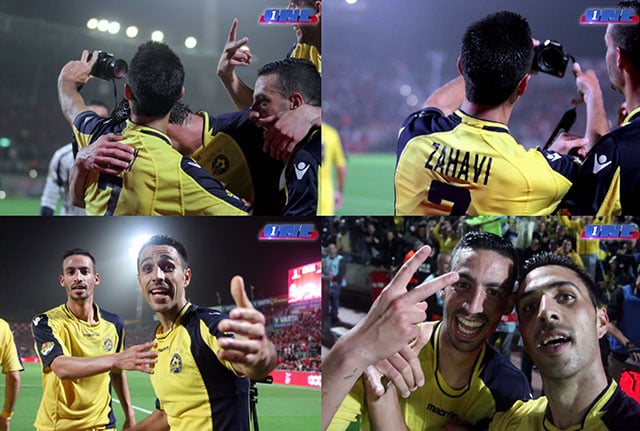 Flash forward a few months, and Dom Dwyer of Sporting Kansas City in Major League Soccer was shown a yellow card for doing the same thing with his stadium’s fans:

ESPN did a poll after this incident and found that 12% of respondents believe that selfies in soccer deserve red cards and automatic ejections.

Shooting with the Yongnuo 50mm f/1.8 in a Cold and Rainy Outdoor Portrait Session