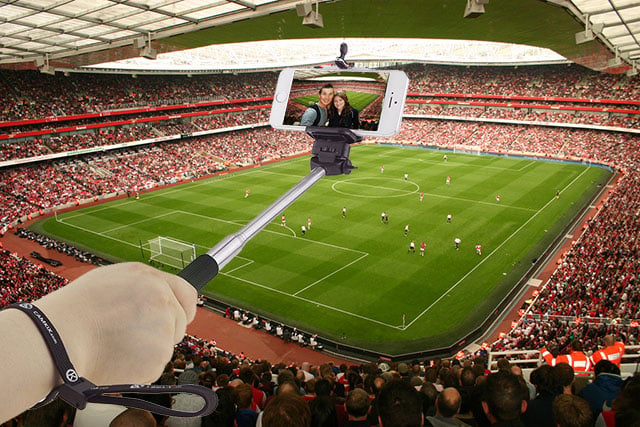 A couple of top European soccer clubs are taking a stand against selfie sticks by banning them entirely from their soccer stadiums. It’s not the idea of selfies that the teams take issue with, but rather the fact that the sticks could be used by fans as weapons against each other.

Arsenal and Tottenham Hotspur of the Premier League (England’s top soccer league) have both issued bans for selfie sticks in their stadiums on match days.

The Camden New Journal quotes an Arsenal spokesman as saying, “We can confirm that ‘selfie sticks’ are banned on matchdays at Emirates Stadium. The club’s ground regulations prohibit any object that could be used as a weapon or could compromise public safety.”

For Tottenham Hotspur, the decision apparently came after a fan named Liam complained to the club about the sticks. Here’s what he got back:

It seems that Liam didn’t want the world to see his fellow fans clutching selfie sticks:

Had a lot of nice msgs from people. Cheers. But I only did it to stop us looking like we were a tinpot club with embarassing fans @Arsenal

We’re guessing these bans apply to BelfieSticks as well.