22-year-old Vietnamese photographer Nguyen Dinh An is making headlines in his country. The attention isn’t for his photographs, but for the bizarre way in which he captures those photos. As the video above shows, Nguyen turns framing his pictures into something of a performance art.

Vietnam Today 247 writes that Nguyen incorporates strange moves into his shooting style in order to put brides and grooms at ease and to induce genuine smiles and laughs. Sometimes he’ll do Michael Jackson dance moves such as the moon walk, while other times (like in the video above), he’ll roll around on the ground like a ninja on a photo-taking mission. 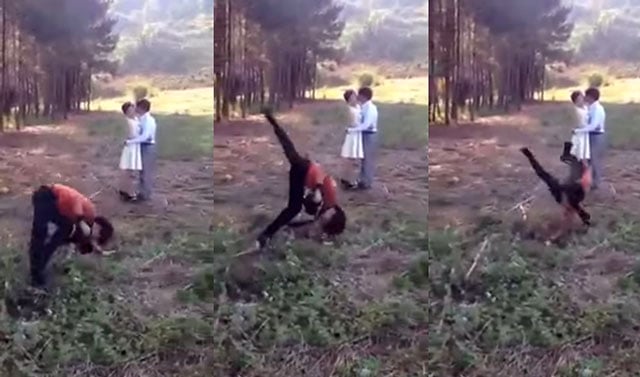 As an added bonus, his personal technique also allows him to shoot unusual or difficult-to-capture perspectives. Here are a couple more behind-the-scenes videos showing Nguyen in action:

Perhaps Nguyen was inspired by this dancing photographer we featured last year.

Canon Launches 5 New PowerShot Cameras with a Focus on Connectivity