Rochon and his team spent weeks measuring, mapping, and planning the details of the shoot. Their final design had each QX70 SUV packing 59 feet of LED strips containing 2,520 LEDs — a task that took experienced technicians four hours to do for each vehicle. The resulting light output for each car was more than 30,000 lumens. 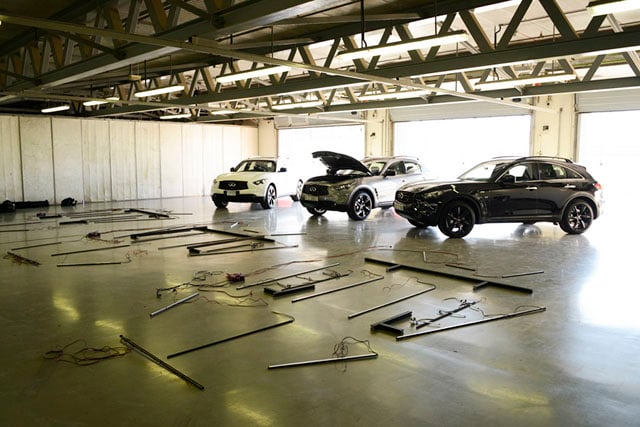 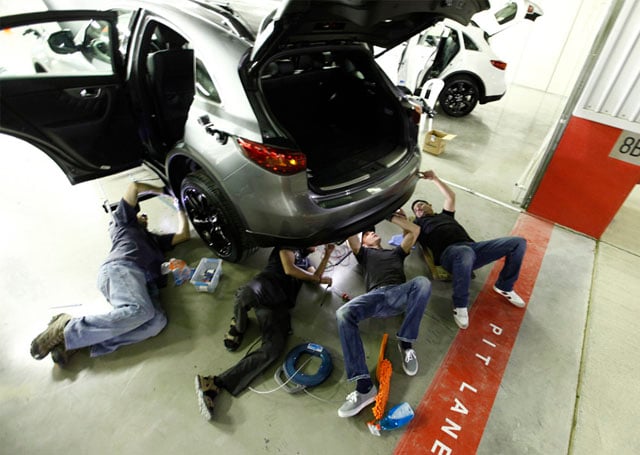 After the SUVs were prepared, stunt drivers climbed in and drove various paths in front of Rochon’s camera in order to paint light into the shots.

Here are some of the photos that resulted (everything was captured in camera and no CGI was used): 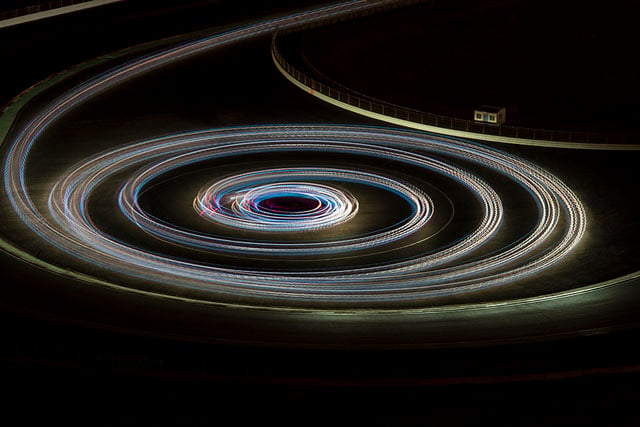 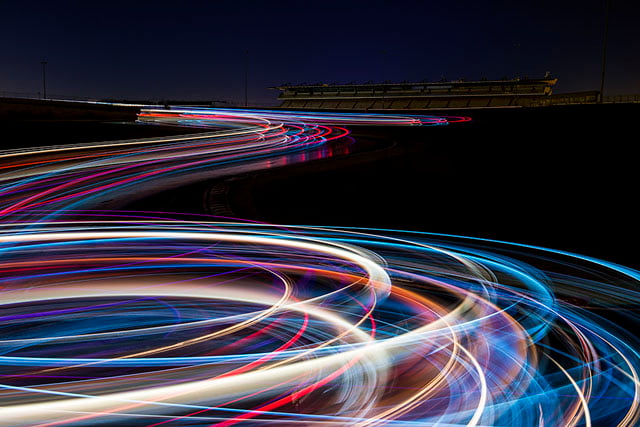 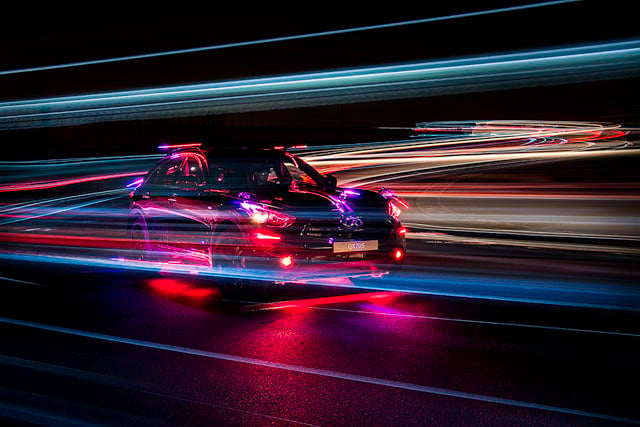 Here’s a behind-the-scenes video showing how the project came together:

You can find our previous coverage of Rochon’s work here.

Image credit: Photographs by Patrick Rochon and used with permission