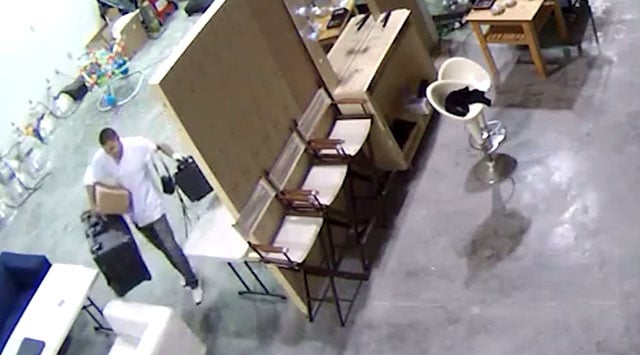 Nearly $2 million in cameras and production equipment were stolen from three Fremont, California businesses over the weekend. Thieves broke into the offices of Black Magic Design, Mac House Productions, and Core Microsystems, grabbing pricey high-end gear and hauling it off by the boxful.

Mac House managed to capture surveillance camera footage of their break in:

The production studio is now offering a $10K reward to anyone who can identify one of the suspects in the video:

Help us find one of the suspects! pic.twitter.com/xri8rLxTEo

Black Magic was the hardest hit of the three businesses. While Mac House and Core Microsystems lost $150,000 and $200,000 in gear (respectively), Black Magic was plundered of 350 cameras and upgraded computers worth at least a combined $1.5 million.

Local police are saying that the thieves knew what they were doing when they went after these businesses. They appear to know the industry well and were able to identify exactly which items would be most valuable for resale later on. The equipment may be destined for some black market outside the United States.

(via ABC via Fstoppers)

Camera Swap: Turning a Buzz Lightyear Camera Into a Leica, One Swap at a Time