Clifton Cameras in the UK is asking for help this week after a CCTV surveillance camera caught two thieves stealing £4,000 (~$5,700) worth of Sony cameras and lenses from the company’s camera store in Dursley, Gloucestershire.

The edited 1-minute video above shows one of the suspects handing a $2,000 Sony a7 II and 28-70mm f/3.5-5.6 mirrorless camera kit to his accomplice, who then shoves it into his jacket. 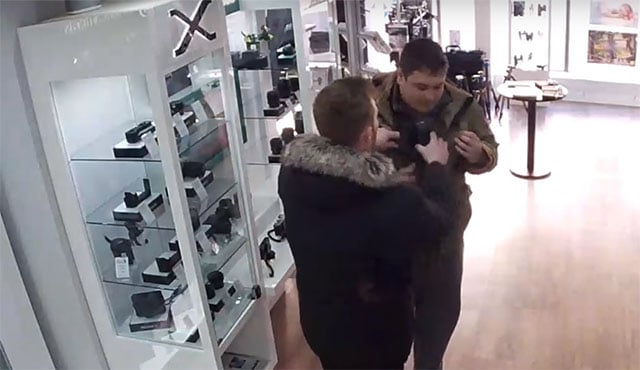 “We’d like to point out that this is heavily edited video to show the faces of the thieves,” Clifton Cameras writes on YouTube. “The full footage from the CCTV shows that the thieves were approached three times by members of staff when they were in the shop. ”

“None of our staff could have preempted that a cabinet was going to be broken open by the thieves,” the company says. “The management are satisfied that all members of staff were sufficiently vigilant and professional. This incident has left the staff in our store feeling quite shaken and feeling very responsible.” 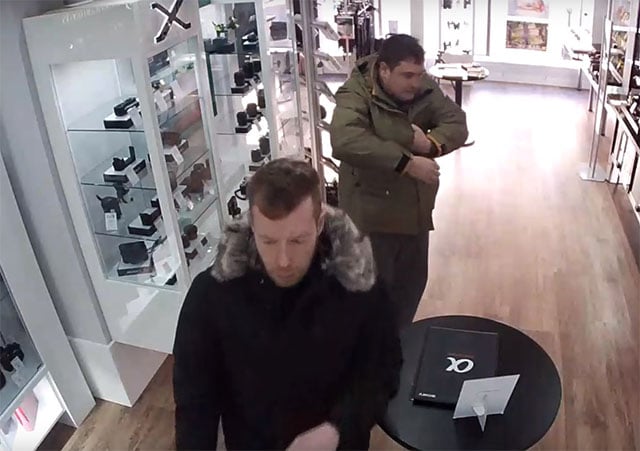 If you can help identify the suspects in the CCTV video, you can call 01453 548128 in the UK to help the police with the investigation.