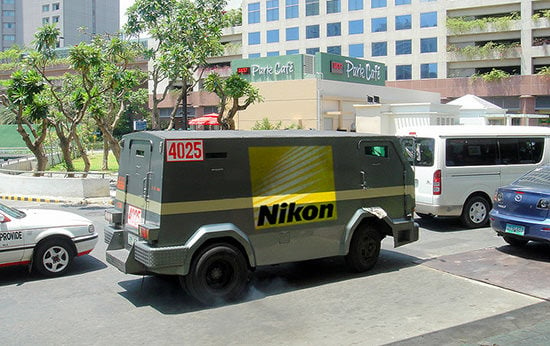 A security van transporting roughly £100,000 (~$156,000) in Nikon camera gear was targeted by robbers this past Saturday after the Dublin NPS Roadshow. The thieves made off with the entire truckload of equipment, including demo versions of the Nikon D4 and Nikon D800 — cameras that aren’t available yet to the general public. You can find an list of what was stolen (and their individual serial numbers) here. Camera gear thieves have been pretty active so far in 2012 — just last month someone made off with a pre-production Sigma 180mm f/2.8 lens at CES 2012 in Las Vegas.

(via Photographers.ie via The Verge)

Portraits of Fighters Before and After Boxing Matches