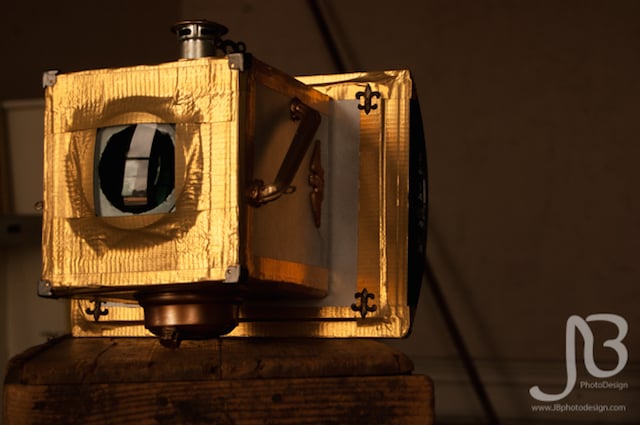 Joe Barone is a recent college grad who enjoys the process as much as the result. Inspired by his love for old objects, knack for tinkering with things and growing up in his parents’ hardware store, Barone brought the camera obscure into the 21st century recently with the help of an old scanner, a magnifying glass and duct tape… well, gold duct tape.

The result is a glorious steampunk-esque contraption that yields some rather impressive images.

The main components in the ‘Steampunk Scanner Camera’ are an old Canon Iide 110 scanner, foam core, a magnifying glass and gold duct tape. Details on build specifics are non-existent, but the premise is that the magnifying glass works as a rudimentary lens, which then focuses the resulting image onto the bed of the scanner where the image will be slowly captured.

After much trial and error, Barone ended up with a functioning camera, which he then used to capture the below images of his friends and family. As you would expect from such a contraption, the results are often distorted, vignetted and blurry due to its long ‘exposure’ time, but that’s half the charm of the camera.

With the exceptions of some minor level and curve adjustments, the below images are SOOS (straight out of scanner): 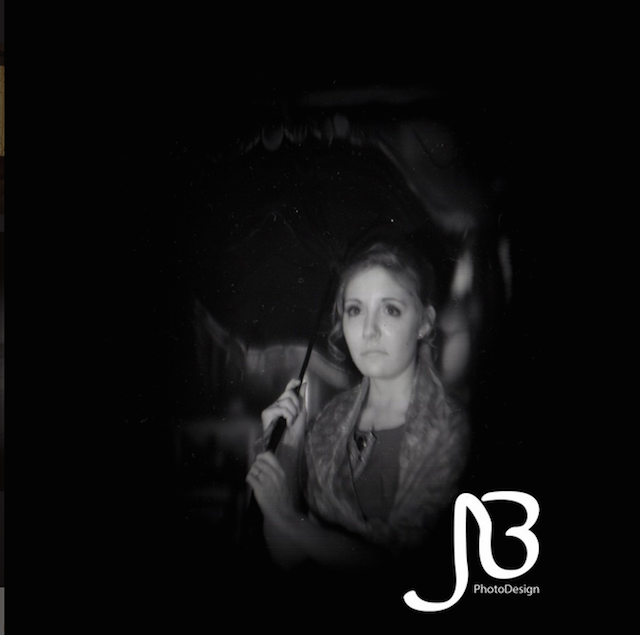 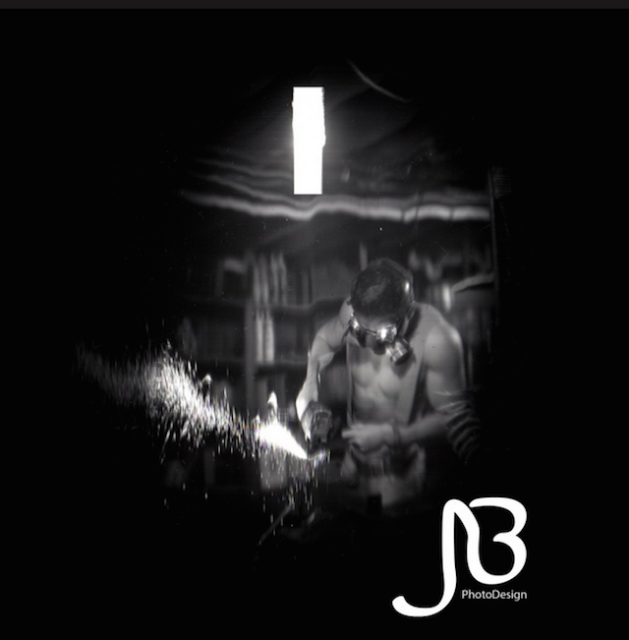 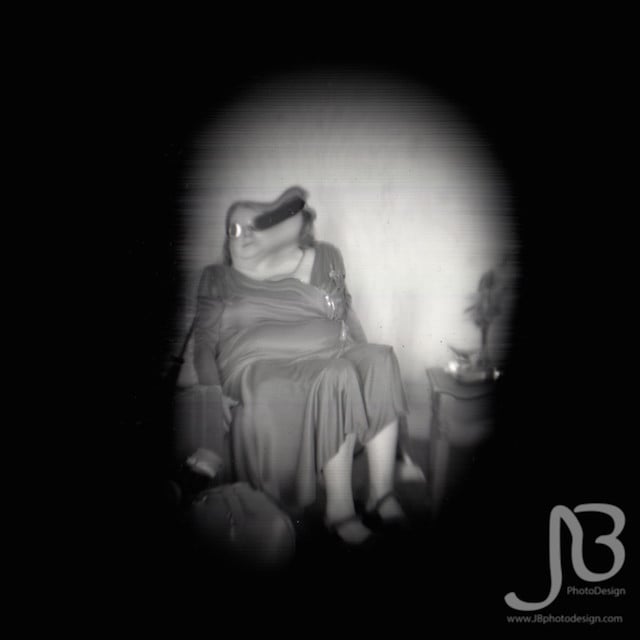 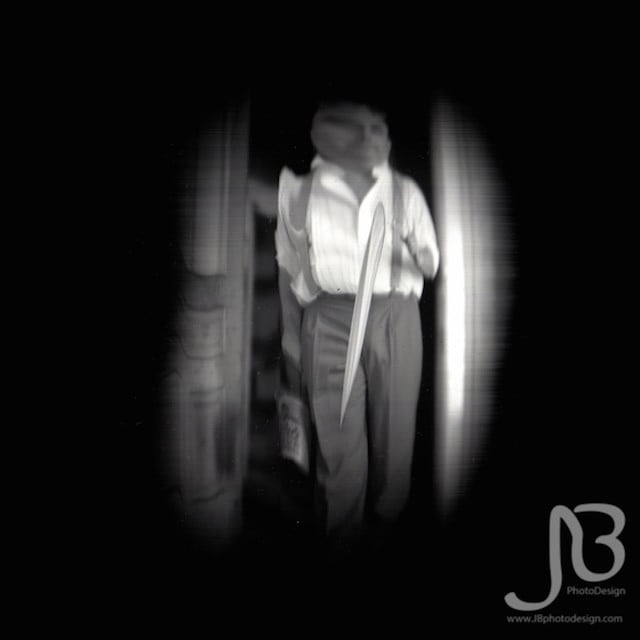 The project turned out so well that Baron has actually put his camera and images into a local ArtPrize photography competition. Click on that link to see who he’s up against and help him win.

Image credits: Photographs by Joe Barone and used with permission