Camera accessory manufacturer Fotodiox has published a video that explains how to make a digital camera obscura that can be used for both video and photo capture made from a box, a magnifying glass, and frosted plastic.

The build is promised to be super-simple and results in an unusual video capture device as well as a fun photography tool. While the photos and videos can be digitized by simply taking a photo of the rear of the device, Sean Anderson also shows how to make “true” digitized versions of the photos using a document scanner.

Camera Obscura is the oldest type of camera in existence and the basics of it in practice date back as far as paleolithic cave paintings. That said, the earliest written observations of it date back to around 470 BCE in Chinese text called Mozi.

The concept shown in the video above by Anderson is incredibly simple: it uses a box with either a pinhole or a lens attached to the front which projects light onto the back. The lens can be focused by altering the distance of the rear of the box from that front element. In this case, Anderson uses a plate of frosted plastic so that he can photograph or scan the reflected image. 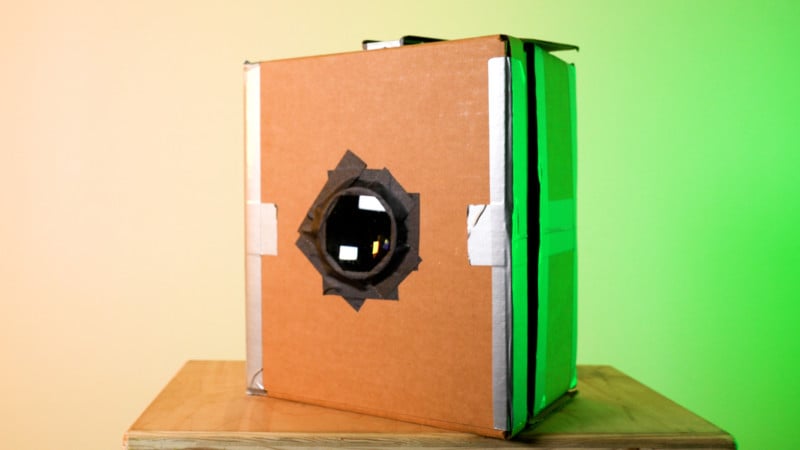 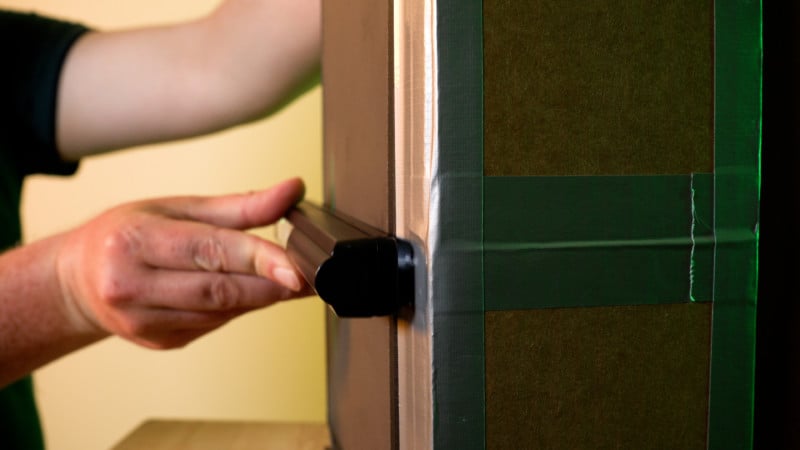 Camera Obscuras are a fun and easy basic photography tool to build and experiment with, but what if you used a portable document scanner to digitize the images created with one? In this video, Anderson shows you how he built a camera obscura with a cardboard box, a magnifying glass and some frosted plastic, and how he uses an iScan portable document scanner to create lo-fi large format digital images with it.

As Anderson points out, giant camera obscura were used by painters to create accurate renditions of people or landscapes since the artist could trace the image as it was projected through the device. Over time though and as film and digital grew in popularity, camera obscura have mostly fallen out of use outside of hobbyists. 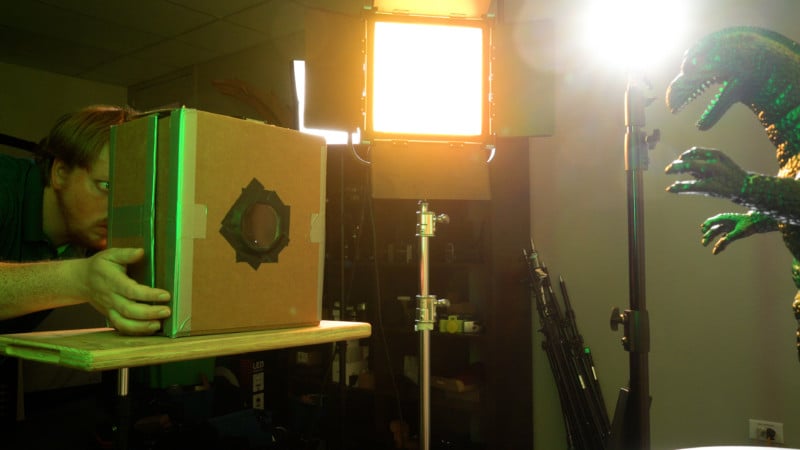 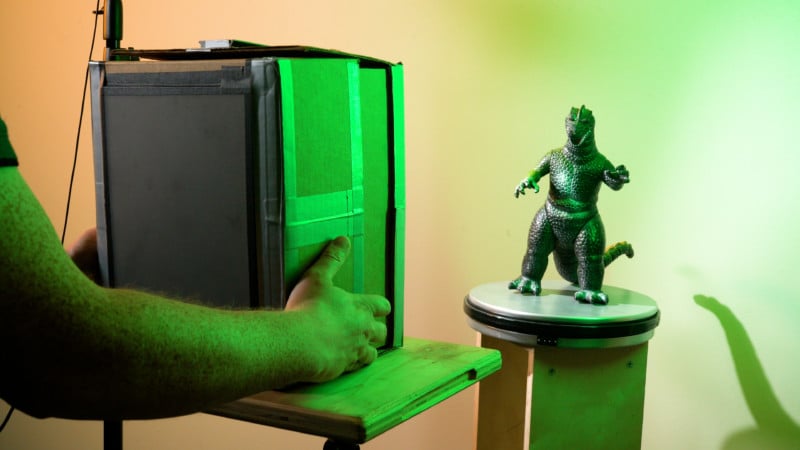 This project is therefore something that would be more for educational purposes, or just for fun. Anderson shows how he uses a very simple setup to make a camera obscura video as well as how he uses a handheld scanner to digitize any images that he makes using the “large format” system. 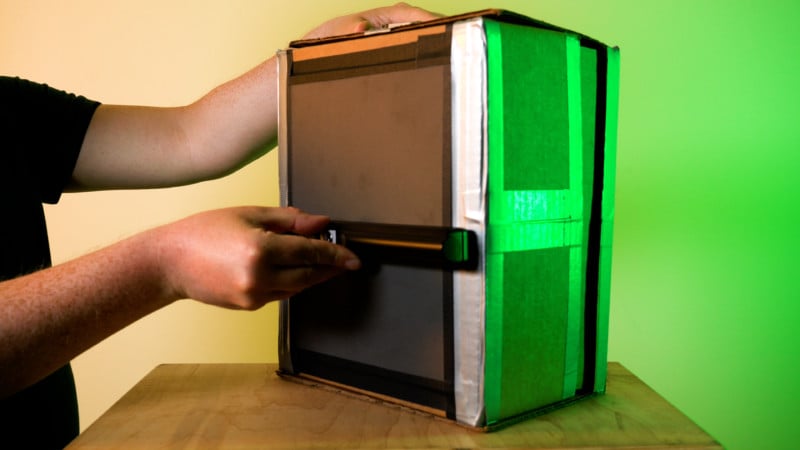 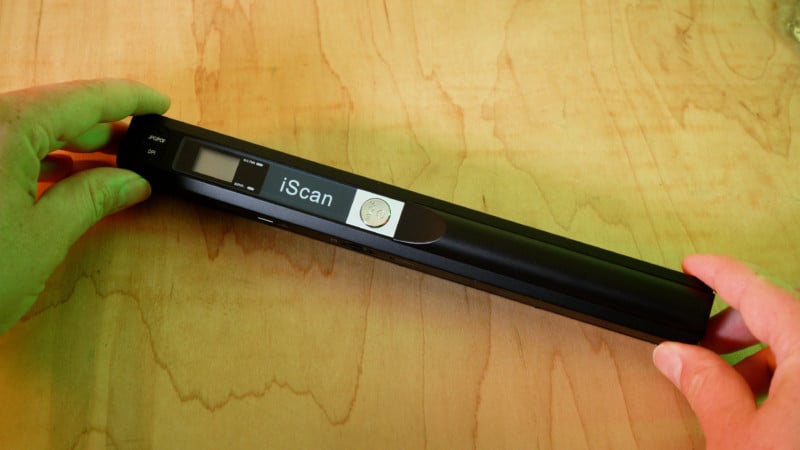 Below are some of the photos he captured with his digital camera obscura: 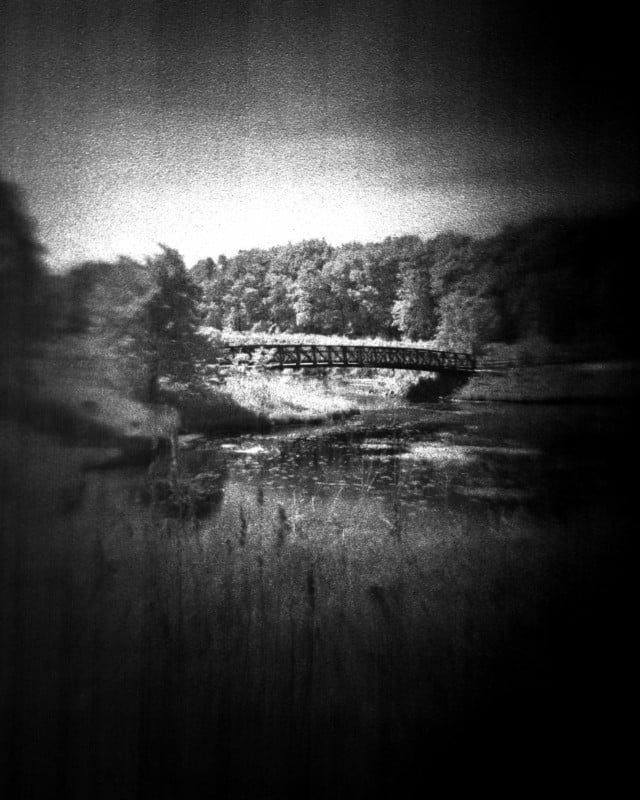 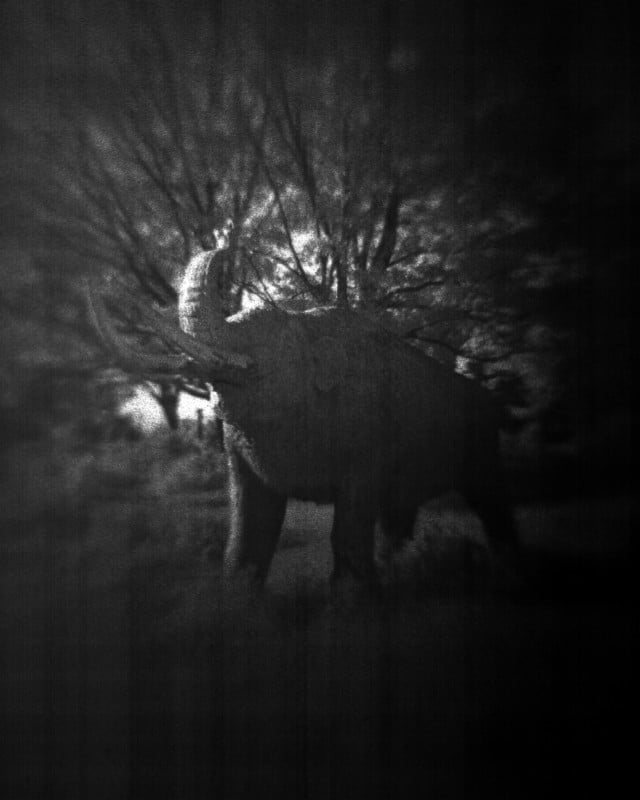 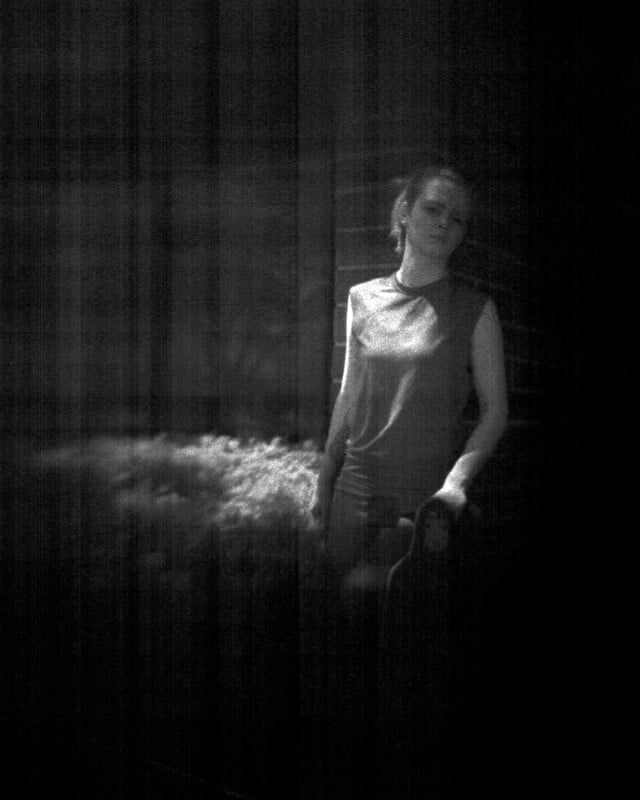 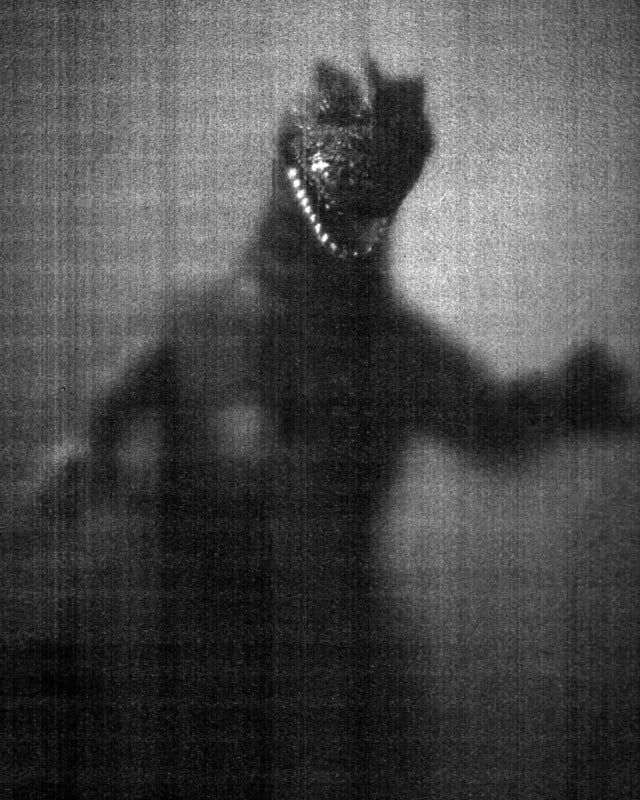 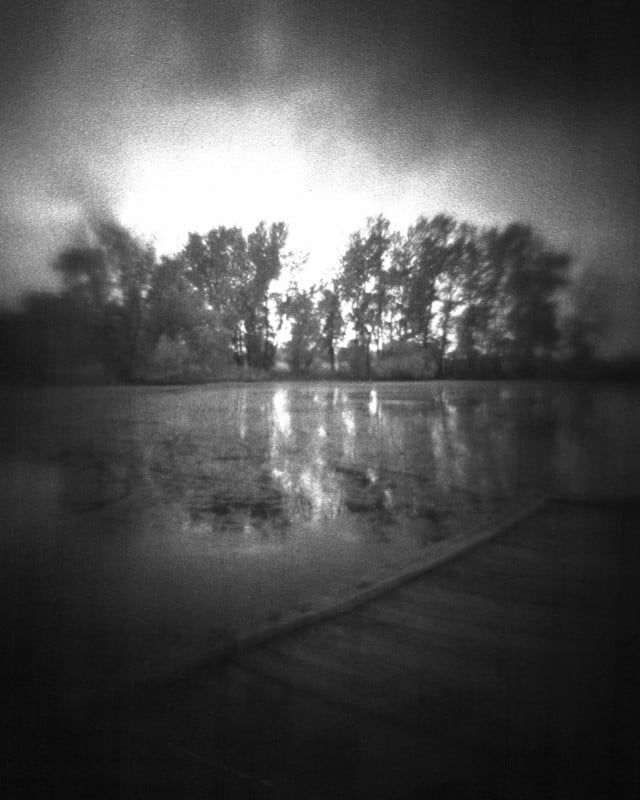 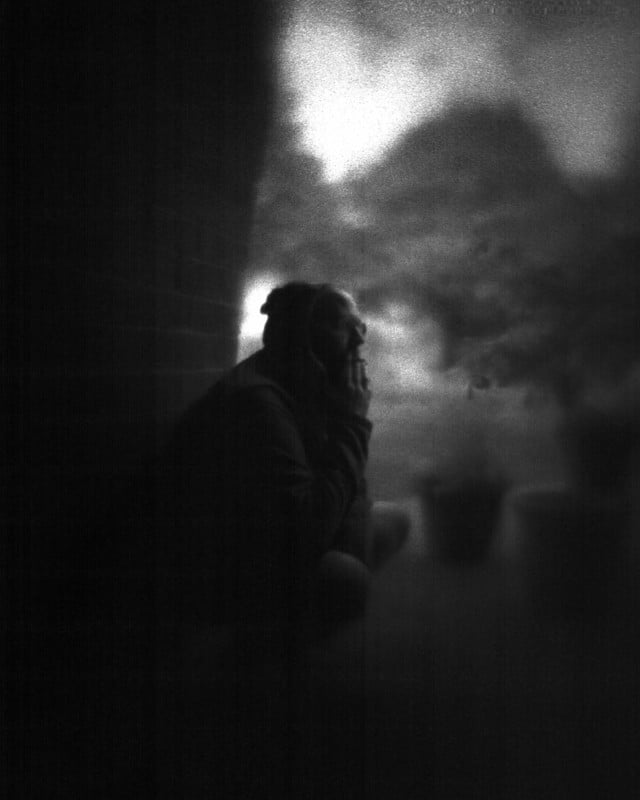 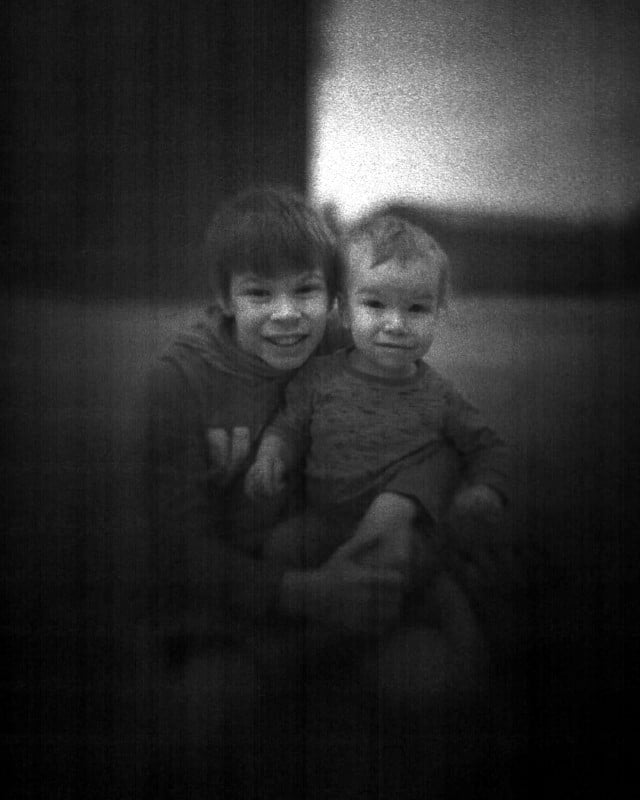 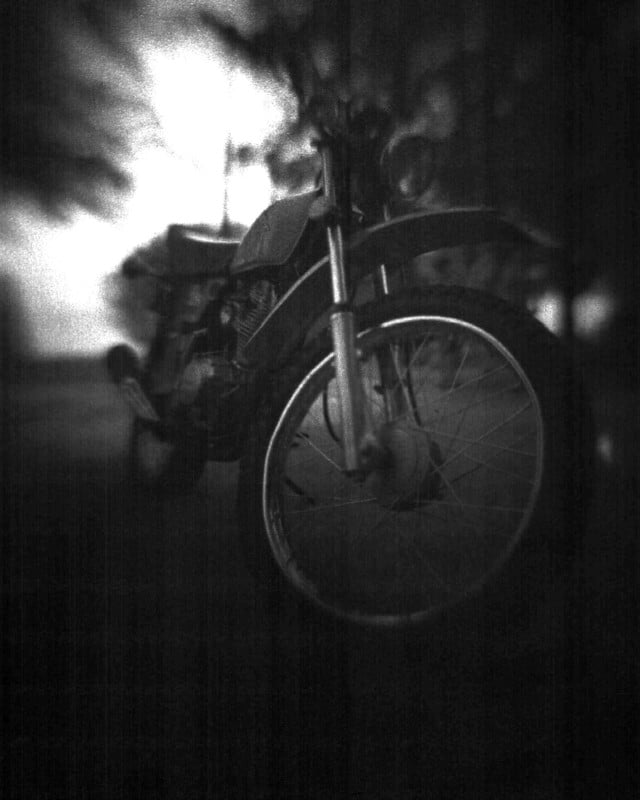 Image credits: Photos by Sean Anderson and used with permission.