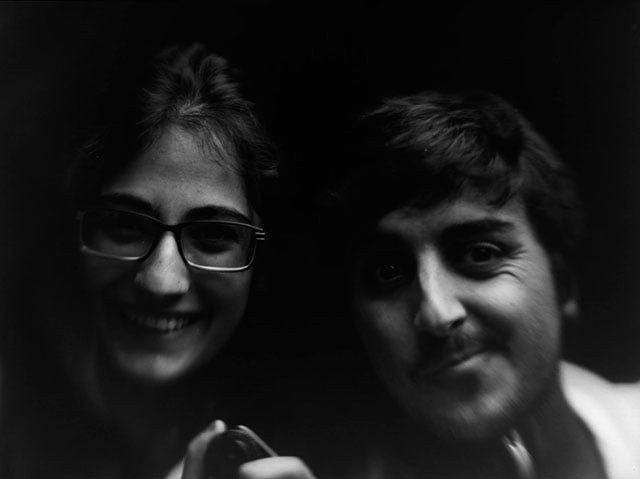 Photography enthusiasts Diego Veríssimo and Ana Magalhães (seen in the portrait above) recently shot a series of portraits using a gigantic camera they built using a room and about $10 in materials.


The list of supplies included duct tape, black cardboard, a box, an easel, a 9cm lens from a magnifying glass, a red filter, and a tripod. Most of these things they already had lying around, so they ended up only spending €10 (~$11) in buying what they lacked.

The duo started out by turning the room into a camera obscura by covering up the only window with black cardboard and duct tape: 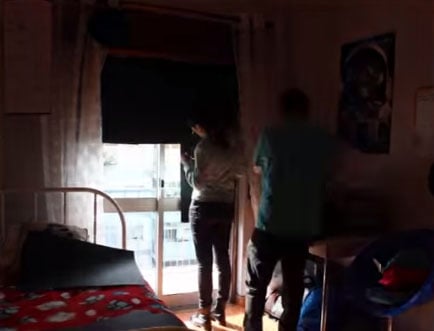 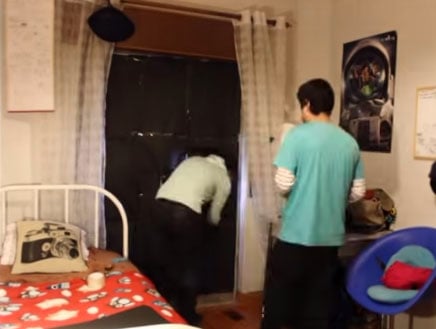 They then punched a small hole in the cardboard around the area where they planned to have their subjects pose on the other side, on the balcony.

Once they confirmed that this pinhole camera worked, they moved on to building a homemade lens for the camera using two boxes and a lens from a magnifying glass.

The lens consisted of an inner and outer box. By sliding the lens closer and farther away from the pinhole, the duo was able to focus the camera. Inside the room, they placed an easel that was used for holding the photo paper. They then focused the camera onto the easel to ensure that it would project the subject on the other side correctly. 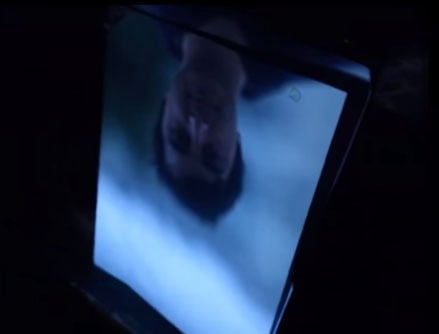 The “shutter” was a simple red filter. This allowed them to focus the scene onto the photo paper without exposing it. Thus, “taking a photo” with the camera involves removing the filter for a period of time and then putting it back in place.

“Our focal length was about 700mm and our aperture was about f/10,” Veríssimo says. “Our lens had a diameter of 90mm, but after applying all the duct tape we needed to put it in place we were left with 70mm of “usable” lens.”

Once the camera was complete, Veríssimo and Magalhães used it for a number of portraits shot at night with a strobe and radio trigger. They used an 800W strobe with a square 80cm softbox as their only light source. Here are a number of portraits they captured on 18x24cm photo paper (which were then developed in the same room they were exposed): 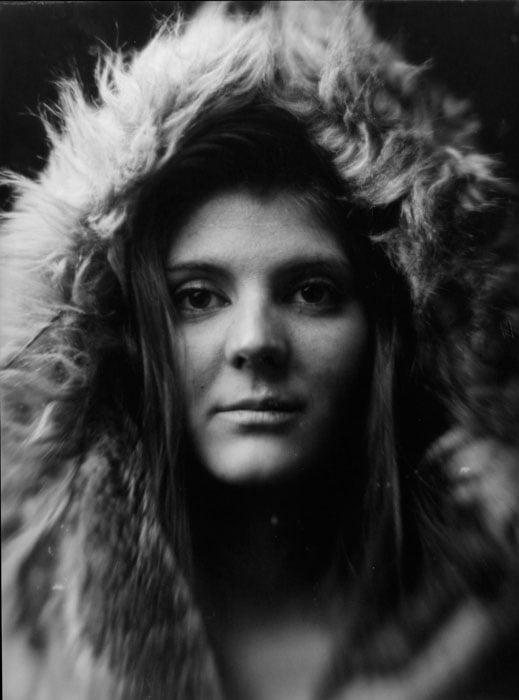 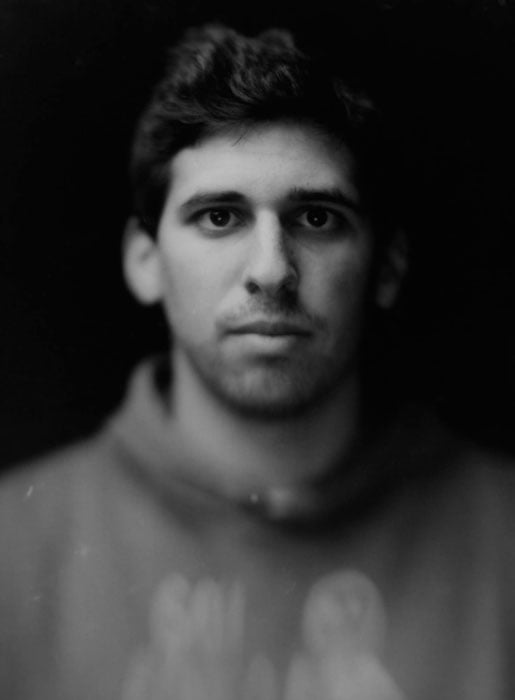 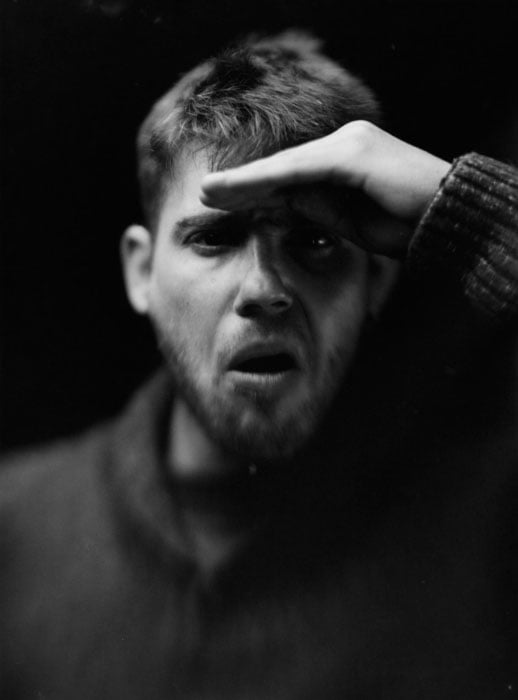 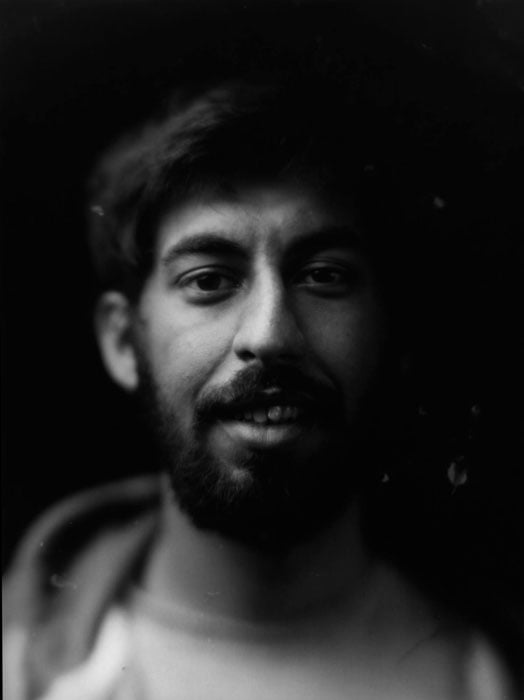 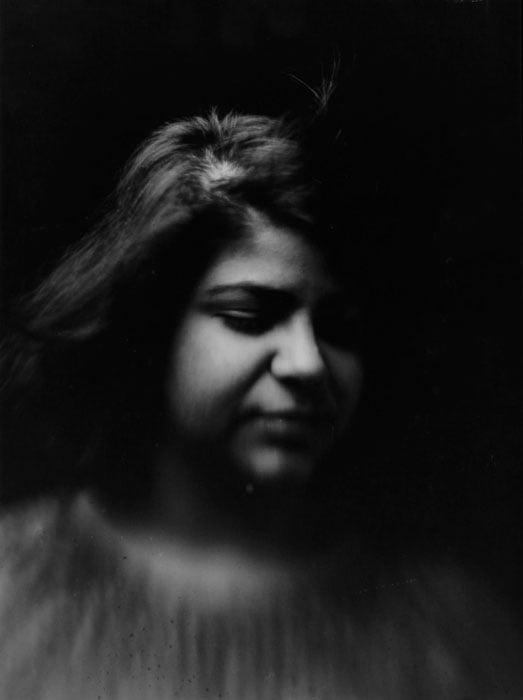 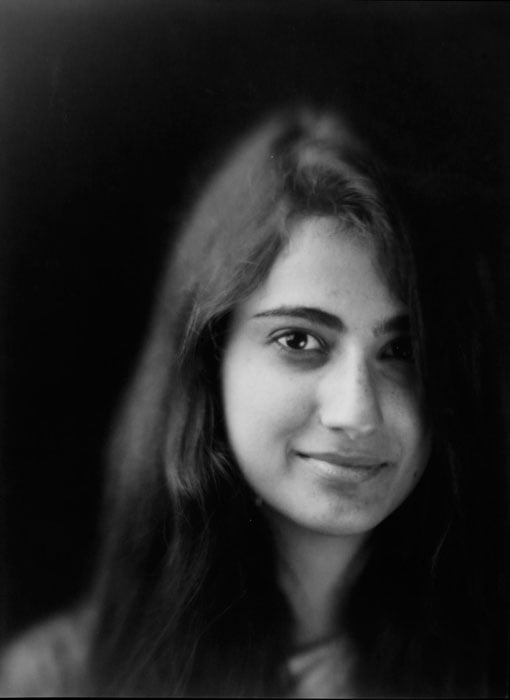 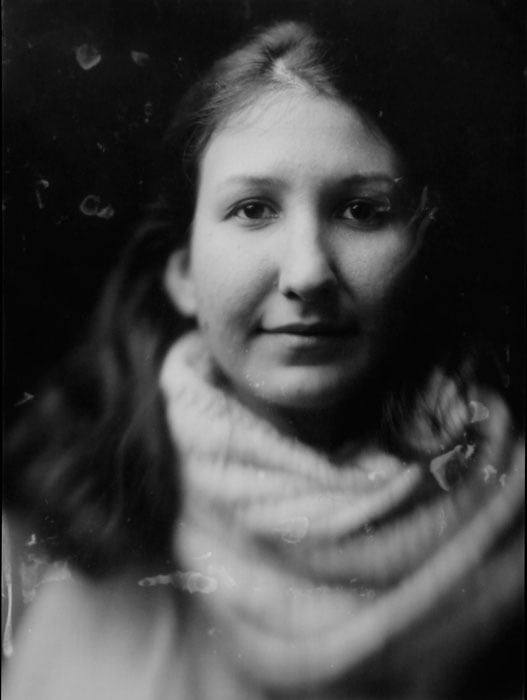 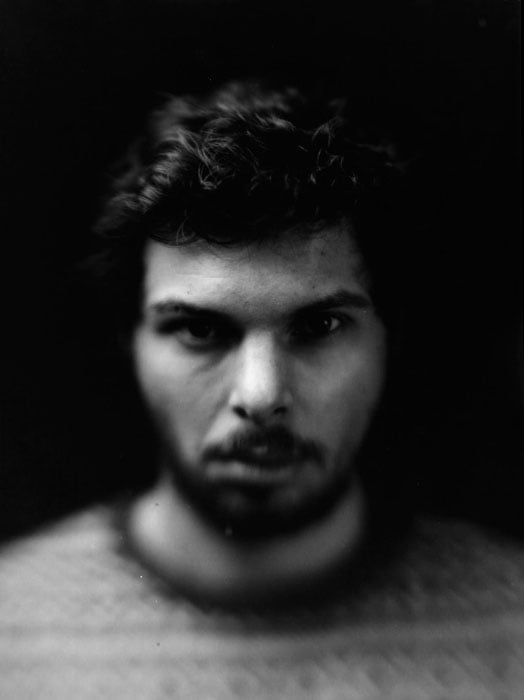 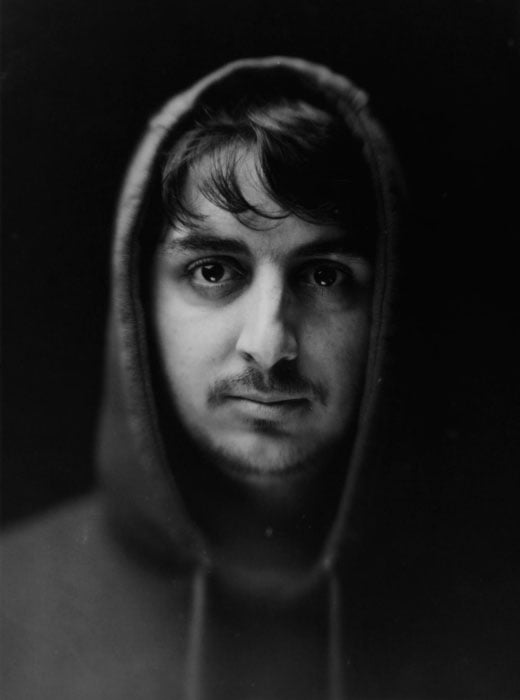 You can find the complete set of portraits in this album. Here’s a behind the scenes video Verissimo and Magalhaes created to show how the project was done:

Image credits: Photographs by Diego Veríssimo and Ana Magalhães and used with permission