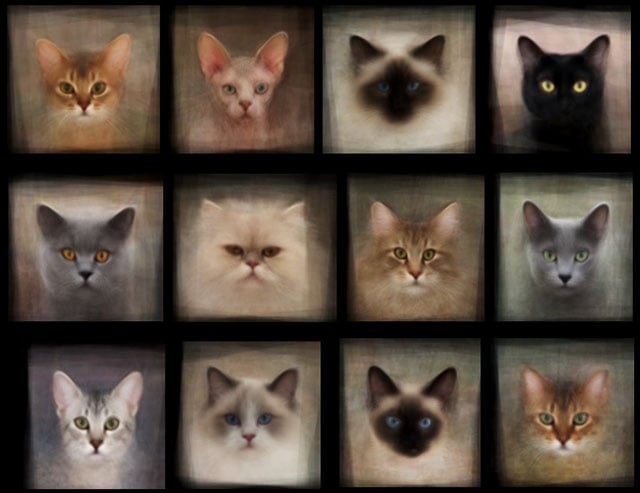 Researchers at UC Berkeley have created software that automatically averages hundreds or thousands of similar images to create the pinnacle of amalgamations.

Unveiled last month, AverageExplorer lets users see the average image that represents whatever collection of images they’re looking at. The idea is to break down the overwhelming amount of images given when searching through Google Images, Flickr or Bing and combining it into one visual summary of the result. 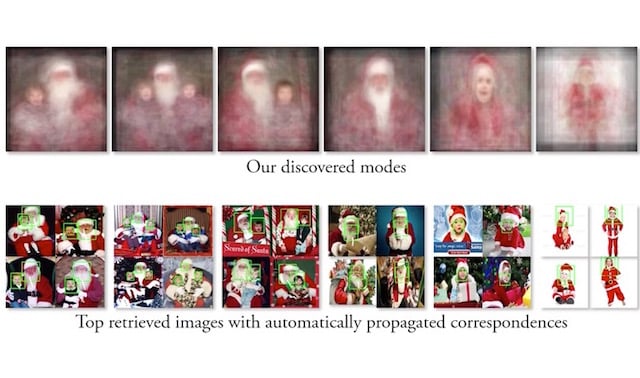 As added functionality, an ‘Explorer Mode’ within software is capable of refining searches, making sure a more precise average is given, pending your desired result. For example, in the demonstration video above, researchers refine the average image of Santa holding a child by choosing images where the child is only on one side of Santa’s lap.

The refining process can be much more detailed though, as demonstrated with the below image. In it, researchers were able to divide up averages based on specific breeds of cats.

But, as explained by Smithsonian, “Creating artwork is the low-hanging fruit for AverageExplorer.” The researchers real ambition is to use it in more broad and constructive ways. Particularly, recognizing trends.

By using the software, researchers will be able to take a massive pool of visual data and draw out a conclusion based on what it is they’re looking to define and summarize. The software isn’t only for researchers though.

At the consumer level, the software’s implementation possibilities are seemingly limitless. One example given in particular is the use of the program to help consumers better narrow down their search for products when shopping online. As the below video shows, shoppers can narrow down their search through a simple drawing method, shaping out the shoe to their desires and providing the resulting products.

One of the more interesting points is that the software isn’t strenuous on CPU. It’s capable of running on most desktop machines, even when crunching upwards to 10,000 images.

(via UC Berkeley via Boing Boing)

Leaked Photos and Specs of the Samsung NX1 Mirrorless Camera