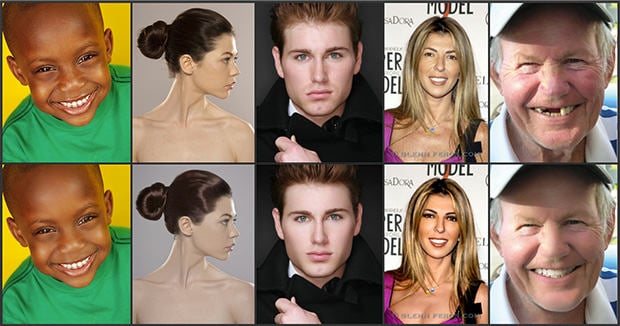 What if all advertising photos came with a number that revealed the degree to which they were Photoshopped? We might not be very far off, especially with recent advertising controversies and efforts to get “anti-Photoshop laws” passed. Researchers Hany Farid and Eric Kee at Dartmouth have developed a software tool that detects how much fashion and beauty photos have been altered compared to the original image, grading each photo on a scale of 1-5. The program may eventually be used as a tool for regulation: both publications and models could require that retouchers stay within a certain threshold when editing images.

(via Dartmouth via NYTimes)

CNN Lays Off Photojournalists, Citing the Accessibility of Quality Cameras