When we finally build a warp drive (or, you know, whenever the aliens see fit to give us one), this time-lapse is what we imagine a warp-speed airport would look like in real-time. Planes blasting away to our outposts in Andromeda, leaving long streaks of light in their wake.

But until then, we’ll just have to be content with this beautiful time-lapse in which Milton Tan gives us an incredibly close look at the comings and goings at Singapore Changi Airport… like restricted area close.

This isn’t the first time Tan has put together an airplane time-lapse, which is why he named this one “The Air Traffic 2,” but what sets this one apart is just how close he was able to get. 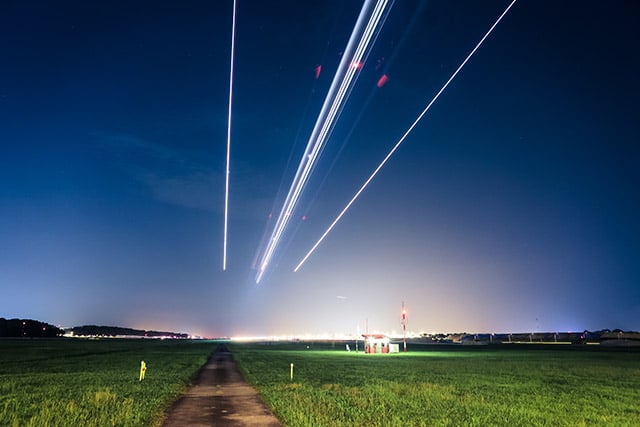 No longer was he relegated to shooting only from public areas around the airport (although there is some of that too). The guys from Changi Airport actually reached out to him after seeing his first Air Traffic time-lapse and asked him if he’d like to shoot from the restricted runway area.

His response, we would imagine, had something to do with bears, excrement, and the nearby forest. 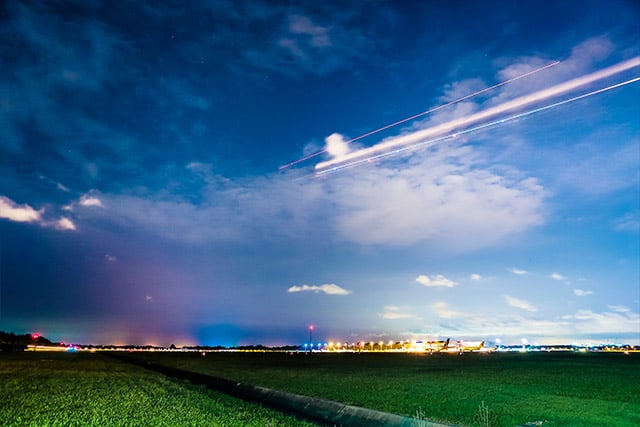 In total, he shot about 11,000 photos and used some 7,000, each exposed for 4-10 seconds at a zero interval so he could capture those beautiful shooting star-like streaks that he’s so fond of.

As far as post-processing, the photos were processed in Lightroom and the final footage edited in Premiere Pro. 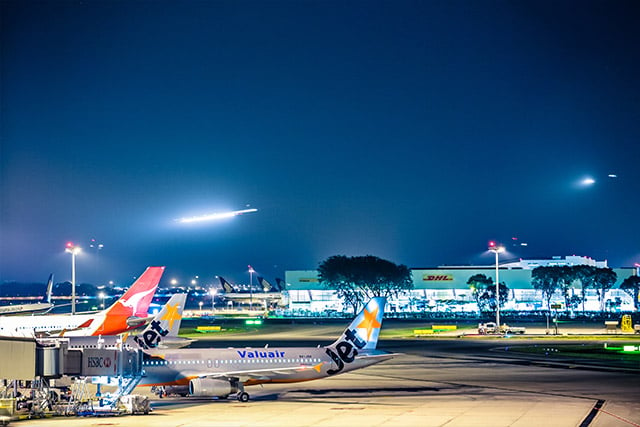 Undoubtedly, the best thing about this time-lapse is the fact that so many scenes were shot from so close to the action. In fact, if you watch closely around 2:12, you’ll see the planes passing overhead were so close that the camera was being shaken on its tripod by the roar of the engines.

Check out the video at the top to see it all for yourself, and if you’d like more behind the scenes details about the shoot, head over to Tan’s blog by clicking here.

Image credits: Photographs by Milton Tan and used with permission

Video: Zack Arias Walks Through a Photo Shoot From Beginning to End