The San Francisco International Airport (SFO) is one of the world’s 30 busiest airports. The “gateway to the Pacific,” as it is sometimes called, handled over 44 million passengers last year alone, and it was even the subject of its own short-lived television series back in the 1970s.

Given its scale and the sheer amount of air traffic that goes through there, YouTube user craigiest decided to give us a glimpse of the airport’s comings and goings by shooting the above time-lapse. 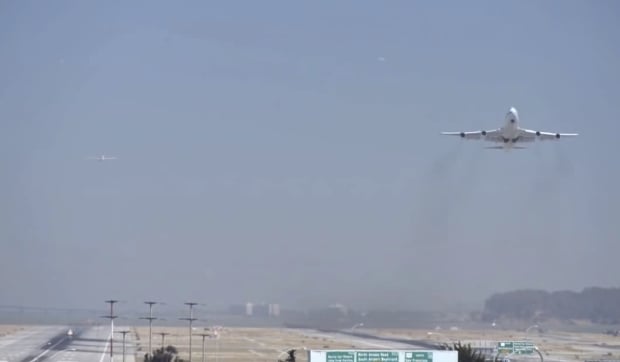 Set to the appropriately frantic 1000﻿ Airplanes on the Roof by Philip Glass, the time-lapse shows the take-offs and landings that happen constantly at an airport this size. Sped up, it makes the massive planes look like little children’s toys performing a choreographed dance.

Really goes to show why the job of an air traffic controller is considered one of the most stressful. Many nations require that they take a break at least every two hours, lest performance deteriorate and one of these ‘dancers’ is told to make a wrong move.

Check out the video at the top to see the hustle and bustle of SFO for yourself, and if you’d like to see more from craigiest, head over to his YouTube channel by clicking here.