Martin of Cargospotter created this mesmerizing time-lapse video showing the constant stream of airplanes that land on a particular runway at London’s Heathrow airport, the third busiest airport in the world in terms of passengers (Atlanta Airport tops that list — did you know that?). The still photographs he captured are played back 17-times faster than real-time, causing the planes to look like RC airplanes floating around and bobbing in the breeze. 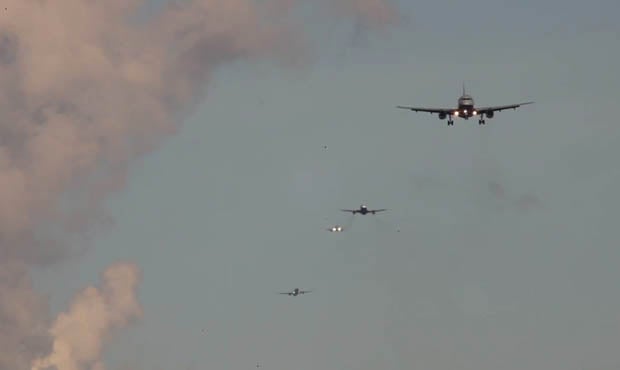 They aren’t toy planes, but massive airliners (e.g. Boeing 747/777 and Airbus A340) that weigh hundreds of thousands of pounds. Apparently airplanes actually move around quite a bit in the air due to wind currents, and the fast playback speed of the video simply exaggerates this natural movement into something fun and artificial-looking.

Another cool aspect is that the cloud movement in the background makes it look as though the camera is constantly panning to the left, when in reality, it’s actually fixed.

In case you’re wondering, he shot all the photographs using a Canon 5D Mark II and a Canon 100-400mm lens with a 2x teleconverter attached.

Image-Stabilized Version of the Canon 24-70 f/2.8L Rumored to be Floating Around

18 Facts of Life for Photography Students