In the majority of time-lapses, airplanes wind up being an unintended byproduct. Sometimes they get downright distracting, like in this time-lapse where an airplane in a holding pattern was thought to maybe be a UFO.

But photographer Milton Tan doesn’t find them distracting, he finds them fascinating. So much so that he’s created an entire time-lapse that focuses on the identified flying objects exclusively.

The idea came to him by mistake, when he captured airplane lights streaking across the frame while shooting a lightning time-laps. “Living about a 10-minute drive away from the airport, the streaks of light were none other than airplanes flying to and from the airport,” says Tan. “Then it struck me — to do a whole time-lapse short film dedicated to airplanes flying at night.” 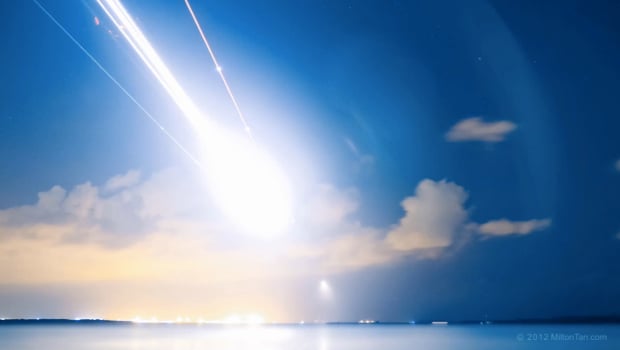 Admittedly, The Air Traffic does start out a bit slow, but if you stick around, you start to get to the good shots that were taken from much closer to the actual airport.

Most of those shots were taken at Changi Beach in Singapore, where he captured the giant streaks that airplanes left behind while taking off into the night by setting his camera to take 8-15 second exposures. In those moments (and assuming you’re nerdy enough to think of this) it almost looks like the planes are entering warp speed ala Star Trek.

To see more of Tan’s work — which is mainly fashion related — head over to his website by clicking here.

In Saturn’s Rings: A 4K Film Made Entirely from Real NASA Photographs