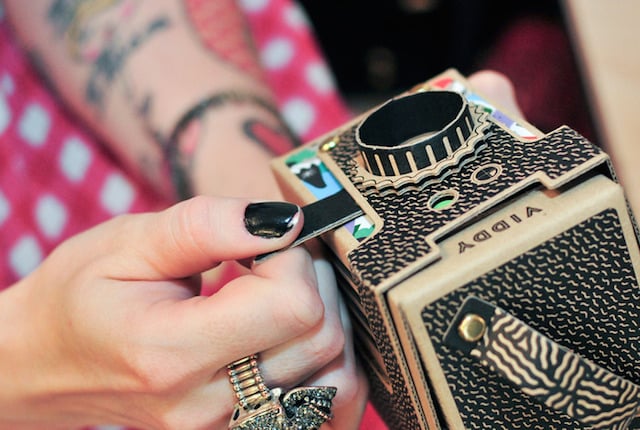 DIY paper pinhole cameras aren’t a new idea, but a new creation called Viddy thinks it can stand head and shoulders above the crowd by sheer ‘cuteness.’ Seriously, the camera has dubbed itself the ‘world’s cutest’ medium format and 35mm pinhole camera, and it’s so easy to put together, it might even entice some newbies to give pinhole photography a shot.

Created by Pop-Up Pinhole founder and photographer Kelly Angood (the same person behind the beautiful Videre pinhole camera), the Viddy relies entirely on its charming good looks and easy assembly to attract users… and it’s working.

Here’s a quick intro to the project:

The Viddy is modeled after a rollieflex camera, with the twist being that the decorations make it seem much more playful — an appropriate touch for a DIY screenprinted pinhole camera.

Die-cut by hand in the UK and available in either black, green, blue or red, Angood claims you can put the Viddy together in about 30 minutes and will only need ‘a drop of glue’ to put together the film advance nobs. Beyond that, everything is glue free. 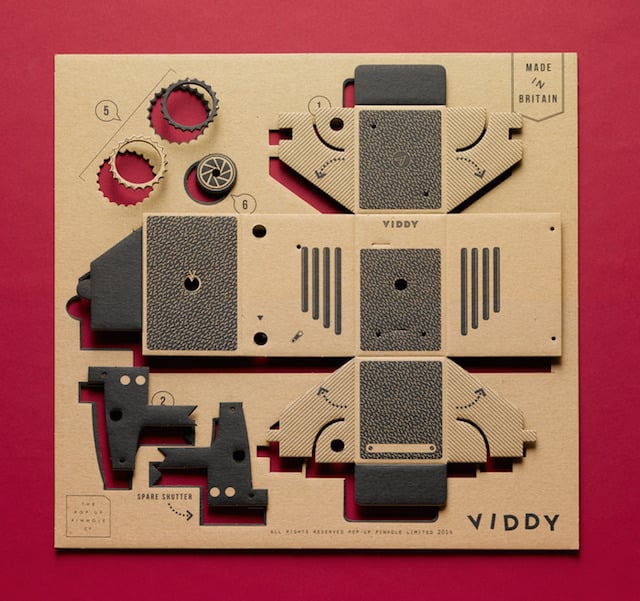 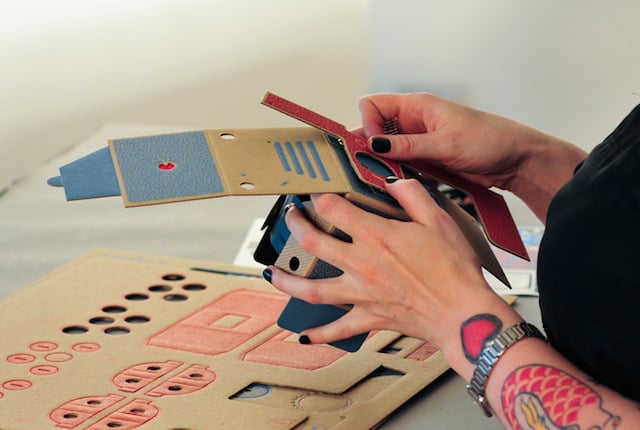 Once constructed, you can load up Viddy with either 35mm or medium format film and get to shooting. The camera kit even comes with a reclaimed medium format spool for you to use so you can get out there right away. Oh, and there are stickers involved… that’s right… get excited. 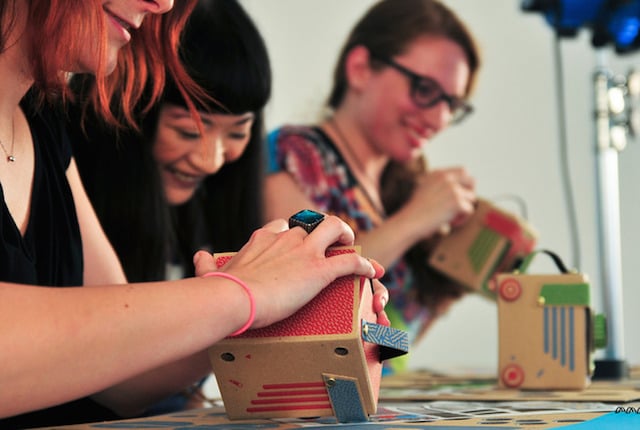 All joking aside, Angood’s description of the camera as simple, educational, fully functional and fun seems to be spot on, and just like the DIY 35mm Konstruktor from Lomography, it would make for a super fun weekend craft project with any kids you want to trick into falling in love with photography.

What’s more, the stylish pinhole camera seems to take pretty great shots. Here are some samples from the Kickstarter page: 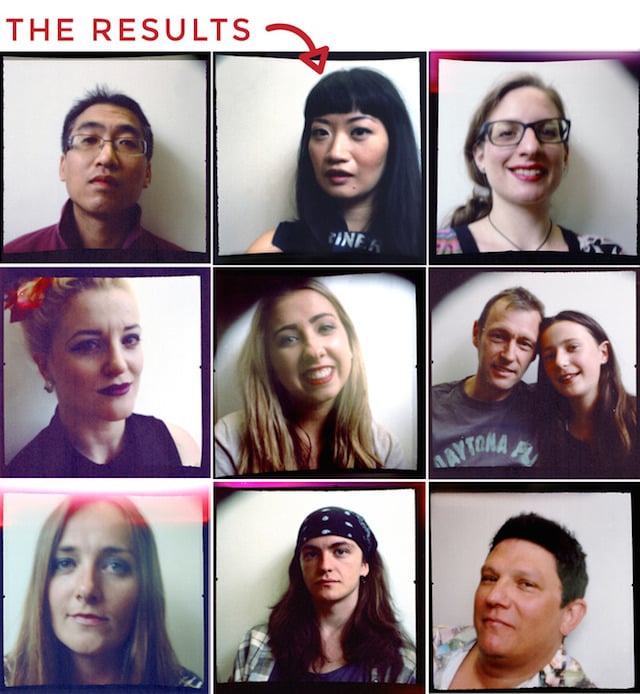 To find out more about the camera (or pinhole photography in general) head over to the campaign page by clicking here.

Readers in the UK will get the best deal, and can snag a Viddy in the color of their choice for just £30 (~$50 USD) including shipping. If you’re outside the UK, you’ll need to add £12 (~$20 USD) for international shipping.

Crop or Crap: Zack Arias Takes a Real-World Look at the Crop vs Full-Frame Debate