In a copyright battle truly worthy of the David and Goliath designation, it seems that Walmart and its founding family, the Waltons, have filed a lawsuit against the widow of a photographer who ran a small Arkansas studio called Bob’s Studio of Photography.

According to the PPA, the lawsuit is over a set of images that the studio’s founder, Robert A. Huff, took of the Walton family before they were the owners of the largest retail chain on planet Earth.

The Waltons believe they own the copyright to these photos, and so after their offer of $2,000 to buy the photos, negatives, and proofs of the Waltons that Huff’s daughter in law Helen is currently in possession of was turned down, they have chosen to take her to court. From the PPA’s release:

The complaint states that they (the Waltons) seek to obtain six or more boxes of photos, negatives, and proofs, alleging that over the years, Bob’s Studio retained those items “as a courtesy” to Walmart and their family (they didn’t). The complaint further states that the Waltons own intellectual property rights to the photos (they don’t). The fact is, under federal law, photographers own the copyrights to their own works.

This is, of course, only one side of the story, and so we have contacted Walmart’s media relations to see if they have any comment, but on the surface it seems like an open-and-shut case of bullying that, assuming Huff doesn’t cave in to intimidation, will end in Walmart’s case being thrown out of court.

“It’s a total David vs. Goliath situation,” PPA CEO David Trust said via press release. “We simply can’t remain idle and allow this to happen — it would set a terrible precedent and goes, flat out, against copyright law.” 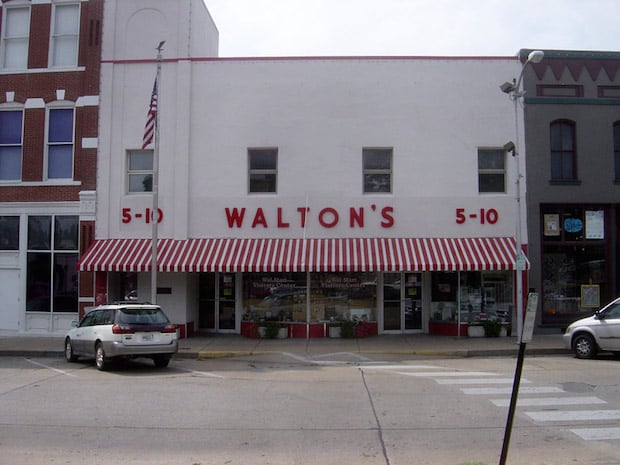 According to the PPA, a precedent for this was already set in a lawsuit filed by Oprah Winfrey in which she claimed she owned any photos of her taken on her set. She, perhaps, had a better case, and still her argument was rejected by the court.

As to Huff’s case, her defense has not only taken the suit out of State court and into Federal court, they have also filed a counterclaim of copyright infringement, pointing out that Walmart has used and allowed others to use Huff’s photos repeatedly over the years.

Walmart has yet to respond to this counterclaim, but we have asked both them and the PPA for further comment, and will update this post if and when those responses come in. In the meantime, let us know what you think of this in the comments. Is there any possible argument Walmart could make that would change your mind, or is this a clear case of bullying?

Adidas Will Soon Let You Print Instagram Pics on Your Sneakers