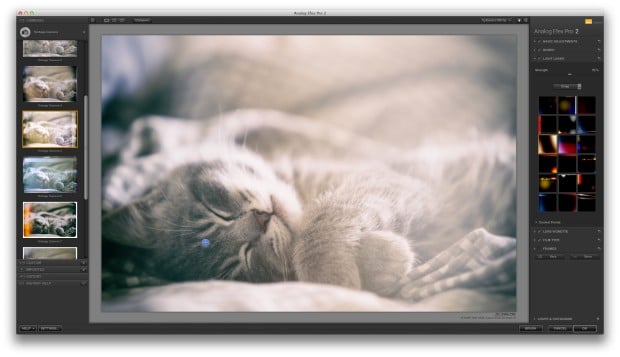 Today, Google has officially announced Analog Efex Pro II, the latest update to its Nik Collection line-up. Striving to “pay homage to the classical, vintage, and alternative processing techniques that photographers used so many years ago,” this update includes a plethora of new features and fixes, further refining the program and taking it to the next level.

If you’ve used any Nik Software before, you’ll realize the interface has gone almost completely untouched. Instead, what’s been added are new control points, additional camera types and presets, as well as more creative ways to present your images.

Specifically, a multilens feature that makes use of diptychs and triptychs, as well as double-exposures that give your images a unique styling with minimal effort. 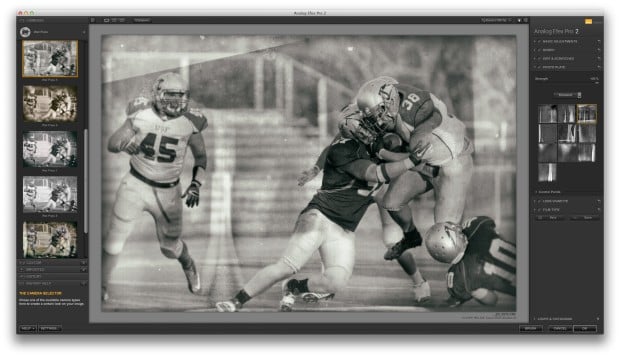 After spending some time with the program, it seems as though Analog Efex Pro II is a great deal speedier than its predecessor. Not only is speed improved though, it offers a much more diverse array of filter options and far more precision in terms of nailing the toning of an image, adding grain, etc.

Overall, it’s a rather impressive improvement and while I was admittedly skeptical at first, it’s most certainly worthy of calling itself 2.0 (technically “II” or “v2” but you get the point). Here are a few videos that show the software in action:

For more info, head on over to the official Analog Efex Pro II announcement on Google+, download a trial of the Nix Collection, or purchase the program for $150. The trial version will automatically be upgraded to the full version for people who already own the collection.

5 Toys and Tricks to Improve Your Light Painting