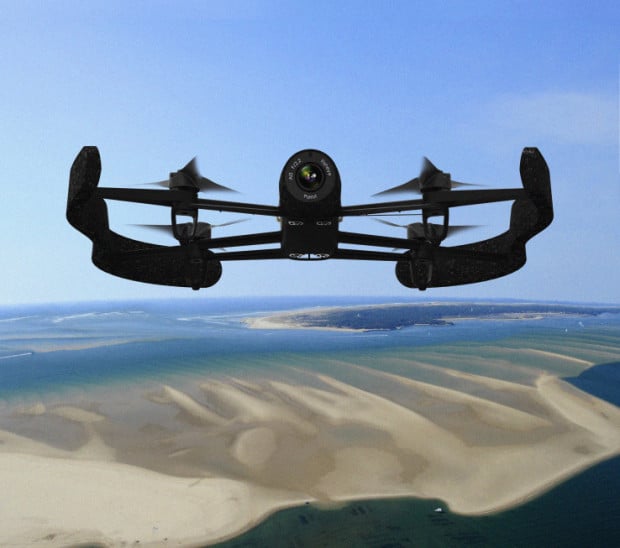 Camera drones and their accompanying photographic capabilities are consistently getting upgrades in hopes of pushing aerial photography and videography to, quite literally, new heights. The newest company seeking to introduce us to these heights is Parrot, who just yesterday announced their AR Drone 3.0, affectionately called Bebop.

Bearing a rather unique design, the centerpiece of this quadcopter is its 14-megapixel camera and fisheye lens. Using some clever proprietary software tricks, the drone is able to capture images at an impressive 180º field-of-view, using a unique system (presumably of algorithms) to keep the angle of view stable regardless of how much the drone is swaying around in the wind.

As with its previous iterations, the Bebop features WiFi connectivity at both 2.4GHz and 5GHz frequencies thanks to four antennas. But since the only thing truly limiting its flying distance is the range of the WiFi, Parrot has introduced another gadget alongside the Bebop. 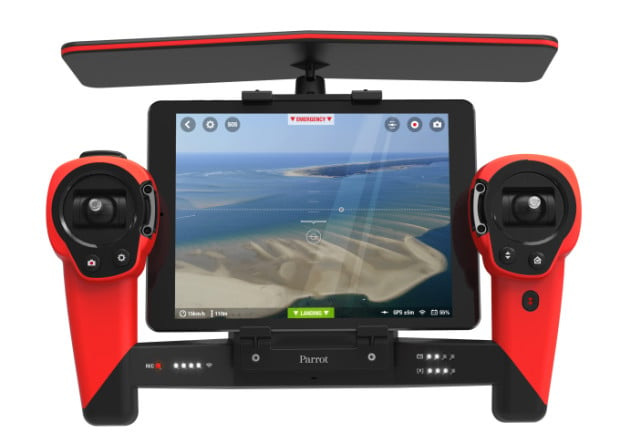 Called the Skycontroller, the above remote control attaches to a mobile device and can extend the drone’s range to 2 kilometers. And the good news doesn’t stop there, the Skycontroller is also capable of outputting the live video feed directly to an Oculus Rift, effectively giving you a birds-eye view (albeit a laggy one, according to initial reports) unlike anything on the consumer market.

The downside to packing all of this fancy technology into a piece of flying machinery is that its flight time is severely inhibited, coming in at a paltry 12 minutes. Hopefully, over time, Parrot will focus a bit more on battery life than other features. For now, the goal seems to be simply getting this tech to market first. 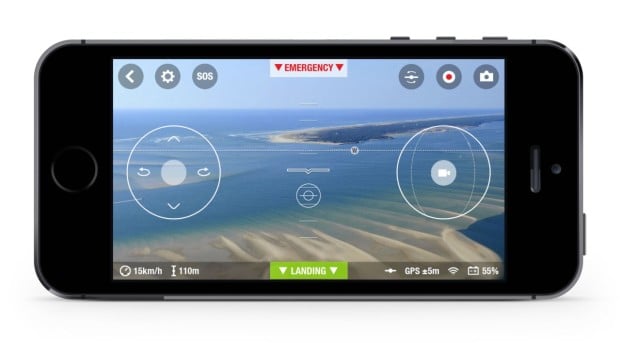 Parrot hasn’t yet released official pricing or specific availability on the Bebop. What they have said is that the rig will cost a bit more than the $1,000 Phantom rigs, and that it will arrive sometime in the fourth quarter of this year. Fingers crossed the Oculus Rift lag and battery life issues will be resolved before then.

Strobist Announces Ecosystems 101, Goes Beyond the ‘How’ and Into the ‘Why’