Very few people ever have the honor of flying along with the Thunderbirds. However, Blair Bunting, a fairly new Nikon Ambassador, managed to do just that at Luke Air Force Base in Arizona after shooting one of the Thunderbirds’ newly-painted F-16 beauties.

As you can see in the video above, the fly-along ‘thank you’ he got is every synonym of awesome that I can think of. Just as much as it was fun though, it took a bit of training and focus to stay conscious while reaching up to 9 G’s at one point. If you’ve ever wondered what 9 G’s feels like, Bunting shares the following in his blog post about the experience:

Firstly, in no way is it comfortable, not even close. I began to feel my face melting away as the skin in my cheeks pulled down to my mouth. The color from my vision was the next thing to fade away, first the reds, then the greens. Squeezing like hell, I did everything I could to get air into my lungs as the G-suit wrenched it out. With all the color of a 1950′s television set, the next thing I noticed was that waves were starting to develop in my vision and a vignette appeared. All the while I am listening to the pilot’s breathing and trying my hardest to match it.

At any point I could relax and immediately be unconscious, only to wake up and wonder where I am, but I had trained too hard to let this happen. Then, just as G’s set had set in, they began to leave and normalcy appeared. However, if I were to relax at that point, the blood would leave my brain too fast and knock me out as well, so I continually squeeze as the G’s lift and my body slowly returns to what sanity it had left.

He even tossed in a few selfies for good measure, sending his wife one while in-flight. But the coup de grâce is the photo he was hired to capture: 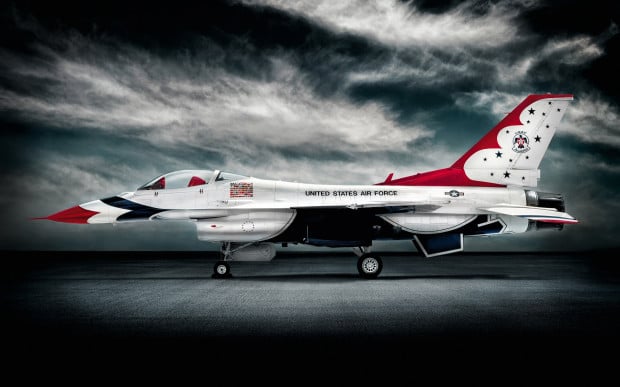 As you can see, he earned his ‘thank you.’ Give the quick video a watch at the top to see how a photographer handles 9 G’s, and then drop us or Mr. Bunting a line in the comments if you have any questions or… you know… comments.

Image credits: Photograph by Blair Bunting and used with permission