Relics of the Future is a short documentary that follows Toronto-based fine art photographer Toni Hafkenscheid as he explores the world of once-futuristic architecture through his tilt-shift lens. In the 1960’s, these buildings and monuments were considered “visions of the future;” now they stand, as one interviewee put it, “on that fence between futuristic and nostalgic.”

Some of the impressive architecture Hafkenscheid visits in this short video includes the Marina City towers in Chicago, the Gateway Arch in St. Louis and the Unisphere in Queens New York. Each of these were designed and completed in the 1960’s, all of them symbolizing the future.

To Hafkenscheid, who was growing up in the Netherlands at that time, North America was a place where “the future was about to start and happen,” now these symbols represent a future that has since passed. 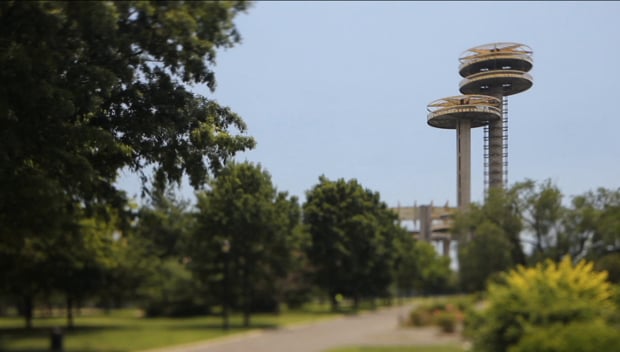 In going back to these places, Hafkenscheid is trying to recapture the feeling they once gave the world: the feeling that anything is possible. The resulting photos — which he shoots in a color palette that attempts to imitate the old TV series Thunderbirds — are both inspirational and perhaps a bit eerie.

We won’t give any more away, but if you want to see him at work and either visit or re-visit these still-relevant landmarks that truly are, as the title implies, Relics of the Future, click play at the top and enjoy Hafkenscheid’s photographic exploration of the futuristic past.