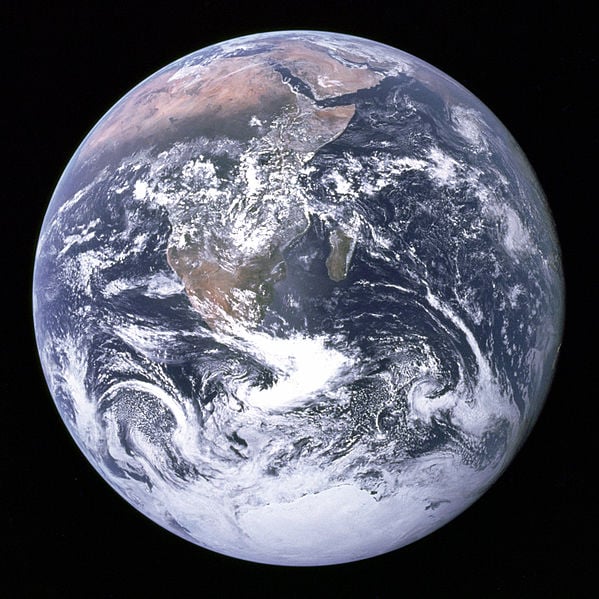 In celebration of Earth Day (that’s today), NASA has announced an interesting initiative called #GlobalSelfie Day where they will create a mosaic image of the iconic Blue Marble photo (seen above) by combining photos taken by anybody who wants to participate.

It’s rather simple to be a part of the event. All that’s needed is a printed out version of this flier and a camera to take a photo (that little doohickey in your pocket will do).

Once you have those things, you simply take a photo of yourself holding the filled-out flier, add it to the Flickr group and share it via social media using the hashtag #GlobalSelfie. That photo will then be used when they create the Blue Marble mosaic. 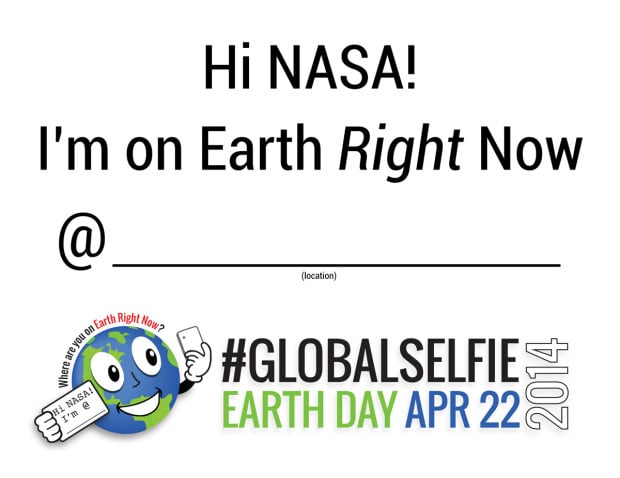 I must say though, I find this an ironic way to promote Earth Day considering NASA is asking thousands of people to print out fliers, which will inevitably end up in the trash for most. Last time they did a mosaic like this it was to wave at Cassini, and there were no fliers involved.