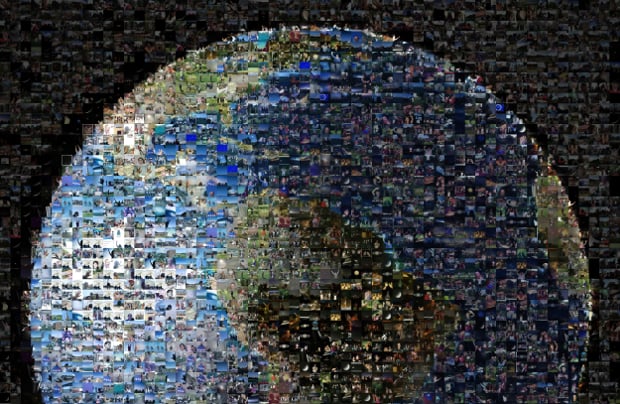 On July 19th, the Cassini spacecraft that has been hovering around Saturn — and sending back some stunning images we might add — turned around to take a picture of its home planet as part of a larger mosaic of the Saturn system.

In honor of this occasion, NASA asked people to send in photos of them waving at Cassini as it took their picture from roughly 808 Million miles away (give or take). Over 1,400 photos were submitted, and have been combined into a beautiful collage of Earth.

Here’s the whole picture (click on the image to see the extremely high-resolution 9999×9999-pixel version): 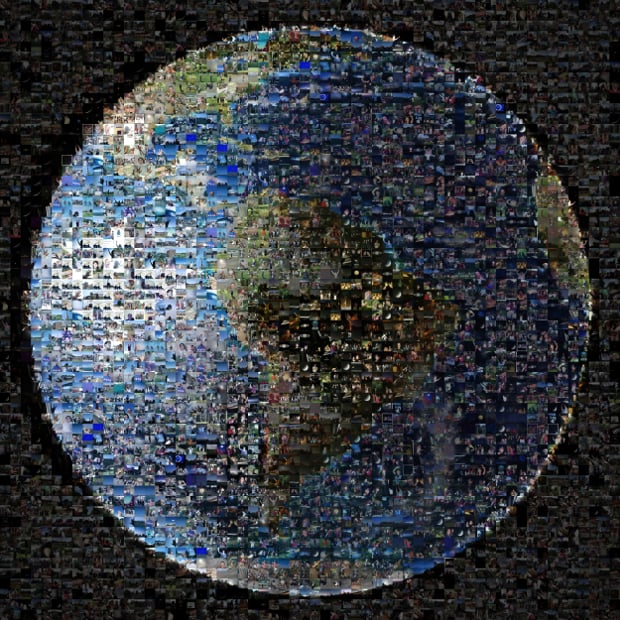 The collage was created as a “thank you” from the Cassini mission team to all of the people that sent in photos as part of the Wave at Saturn event they organized. The turn out was much more successful than they thought. People from 40 countries and 30 of the US states sent in photos via Flickr, Facebook, Twitter, Google+, Instagram and email, totaling over 1,400 photos in all.

The collage was put together on top of a base image of Earth, and has been titled (appropriately enough) Earth Waves at Cassini. If you happen to be one of the people who took part in this event, or you know someone who did, be sure to check out the high-res version… who knows, given enough time, you might find yourself!