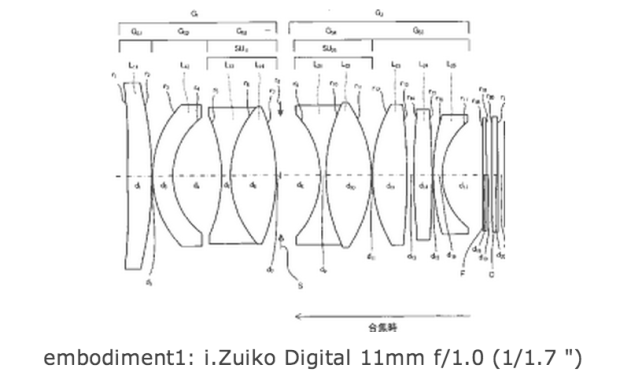 While there isn’t much information available on it yet, Olympus seems to be playing with the idea of what would be the worlds fastest compact camera, according to Patent No. 2014-48359.

The 50mm (FF equivalent) f/1.0 lens shown in the above patent features nine elements grouped into seven pieces. However, other than the patent suggesting it would utilize the same 1/1.7″ sensor the rest of the Olympus XZ-series uses, there isn’t much information to go off of in terms of how Olympus might fully utilize it.

It may never see the light of day, but even in patent form, an f/1.0 lens on a compact camera is definitely turning some heads.

Innovate or Die: What Camera Companies Could Learn from a Vacuum Manufacturer