The filmmakers behind this video claim that it’s the “first documented drone flight inside an ice cave.” We’re not 100% certain of that, but it does certainly offer a spectacular look at one of the side effects of a melting glacier.

The video, dubbed “Bigger than Life,” explores the ice caves that have been carved by glacier meltwater in Alaska’s Mendenhall Glacier. Filmed by Firefight Films, producer and drone pilot Christopher Carson told us that the team used a DSLR Pros’ DJI Phantom quadcopter and GoPro’s HERO3+ Black Edition to shoot the footage. 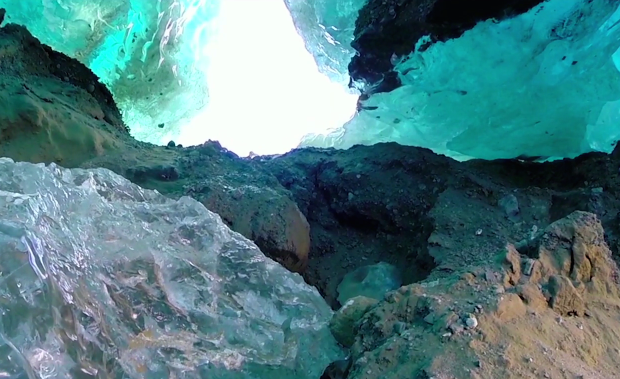 “When you’re in the ice cave, you are in pure awe of the beauty that lies around you,” Carson told the Alaska Dispatch. And while a GoPro can only record so much of that beauty, Firefight did their best to capture the awe-inspiring nature of these caves.

What’s more, they’ve also put together a behind-the-scenes video to show you how it all came together. You can check that out below:

Check out the video at the top to see it for yourself, and then let us know what you think in the comments down below. Is this really the first documented drone flight through an ice cave, or do you know of someone who has already explored these natural wonders by drone?

Former Garbage Man Has Saved Over 5,000 Photos Taken on the Front Lines of WWI

Rumor: Sony Has a ‘Completely Different’ Medium Format Camera in the Works