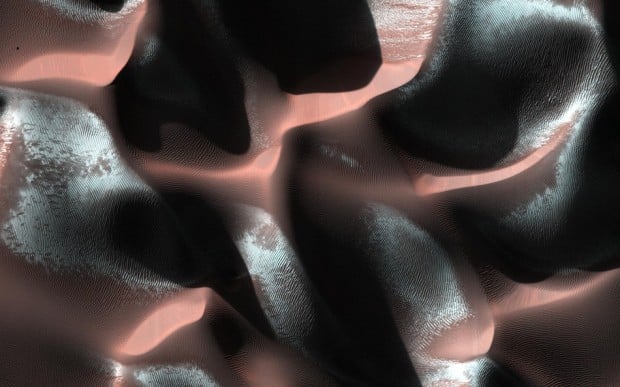 Captured on January 24th by the HiRISE camera onboard the Mars Reconnaissance Orbiter, this abstract photograph captures almost a mile of Martian sand dunes in just one of the many crater on the planet’s southern region.

According to NASA, the sun was “just 5 degrees above the local horizon”, making for the dramatic contrast between the crests of the dunes and the lower part of the hills. Additional contrast is given by the seasonal frost lines caused by the impending winter on the southern hemisphere of the martian surface.

As with most images shared by NASA, you can grab a full-resolution download on the HiRISE’s website if you’d like to set this as your wallpaper or get the stunning shot printed for your wall.

From Bump to Buzz: Pregnancy Timelapse Turned Into a Creative Music Video