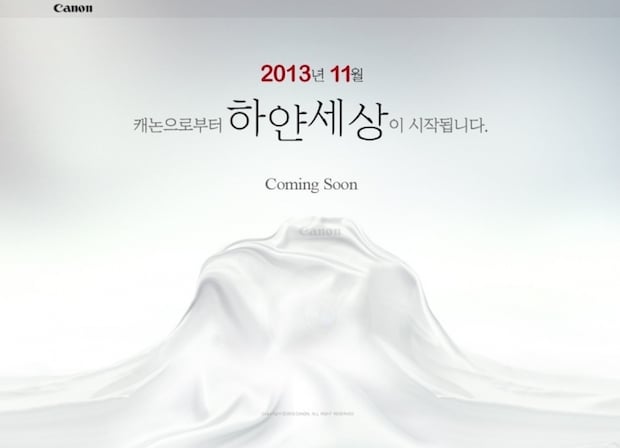 Just when we thought we were done with all the teasers, it looks like Canon is picking up where Nikon left off. To be fair, the teaser released by Canon Korea today is an ad, not a video. And chances are there won’t be another ad every other day until the camera comes out… but who knows.

Either way, we have another camera to anticipate, and Canon is teasing this one with the words, “Canon will start from the white world.”

Originally spotted by Dicahub, the teaser talks about a camera announcement in November and shows what looks to be a DSLR hidden under a semi-see through white sheet. When you darken the picture you can see a bit more of the detailing, but still nothing to give away what model this might be. 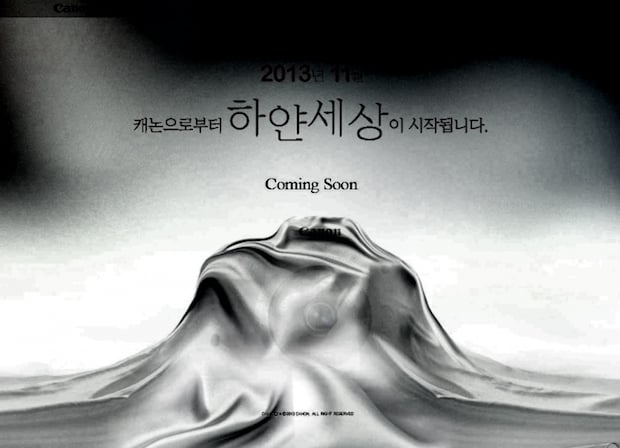 According to Canon Watch, Dicahub did a size comparison between the teaser image and the SL1 and T5i and it looks like the camera under the sheet is the same size as the SL1, so we might be seeing a followup to the pint-sized shooter. Of course, these are all just educated guesses.

Whatever the ad is hinting at — and we have absolutely no clue what they mean by “white world,” so that’s anybody’s guess — we won’t have to wait long to find out. It’s already November 8th, at worst we have 22 days left until this SLR makes its debut.