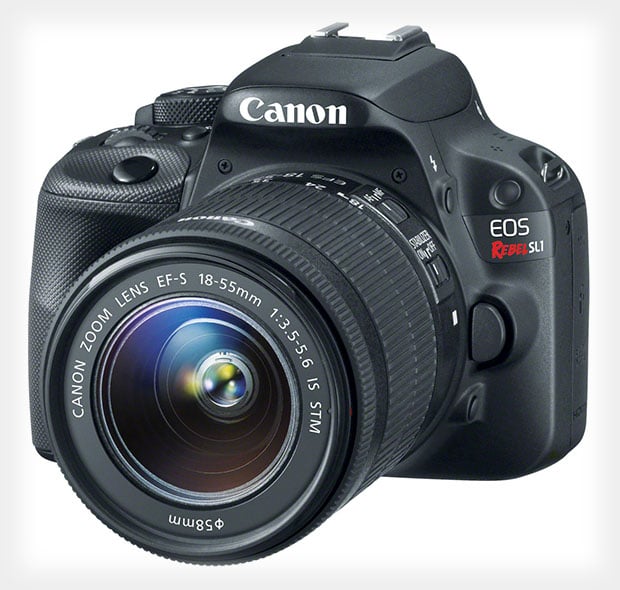 Canon did a pretty good job of keeping its new tiny DSLR a secret… until last week. One week after rumors of the camera first emerged, Canon has officially announced the Rebel SL1, the world’s smallest and lightest DSLR.


The camera packs DSLR image quality, form factors, and controls into a package that’s a little smaller than its larger Rebel counterpart and a little bigger than the EOS M mirrorless camera. Inside the camera is an 18-megapixel APS-C CMOS sensor that has an ISO range of 100 to 12800 (expandable to 25600). Backed by a DIGIC 5 processor, the camera is capable of shooting up to 4 frames per second. 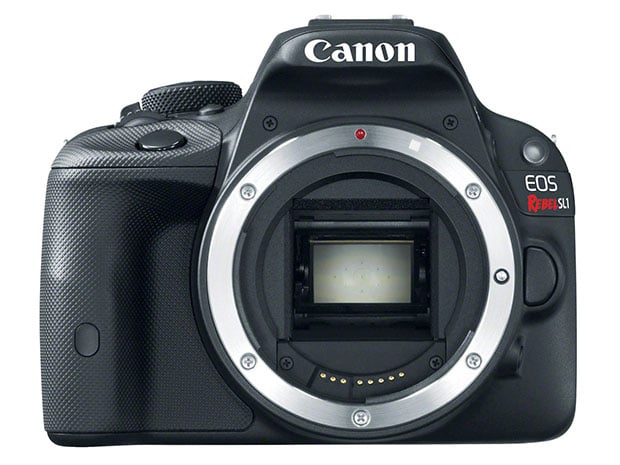 Focusing is aided by a new nine-point autofocus system with a cross-type point at the center.

On the video side of things, there’s Full HD video recording with Movie Servo AF, which does continuous autofocus tracking on moving subjects.

On the back of the camera is a 3-inch touchscreen with multi-touch capabilities. On the top is a pop-up flash: For consumers and beginning photographers (the target demographic for this new camera), there are helpful features for ensuring high quality shots. A Scene Intelligent Auto Mode detects the subject of photos and automatically chooses proper exposure settings for you. There’s also an Effect Shot mode that can use Creative Filters and Background Blur Simulations. After shooting photographs, users can edit photos immediately using editing and cropping tools build right into the camera. 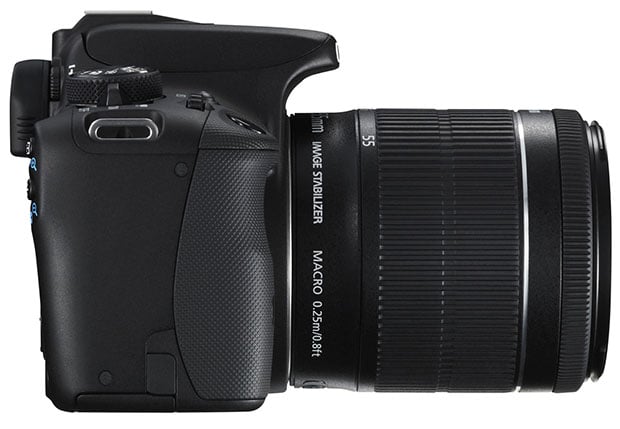