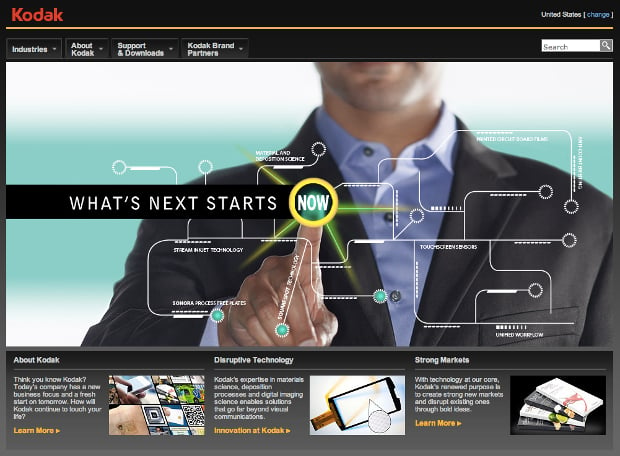 It’s been a long and depressing tunnel, but Kodak has finally reached the light at the end. Over a year and a half after declaring Chapter 11 Bankruptcy, the once-great camera giant officially reached the end of its financial troubles yesterday.

The new Kodak is a company focused entirely on business imaging solutions, which CEO Antonio Perez explained to the AP means “packaging, graphic communications and functional printing,” all three based on Kodak’s commercial printing technology.

“We have emerged as a technology company serving imaging for business markets — including packaging, functional printing, graphic communications and professional services,” said Perez in a press release. “We have been revitalized by our transformation and restructured to become a formidable competitor — leaner, with a strong capital structure, a healthy balance sheet, and the industry’s best technology.” 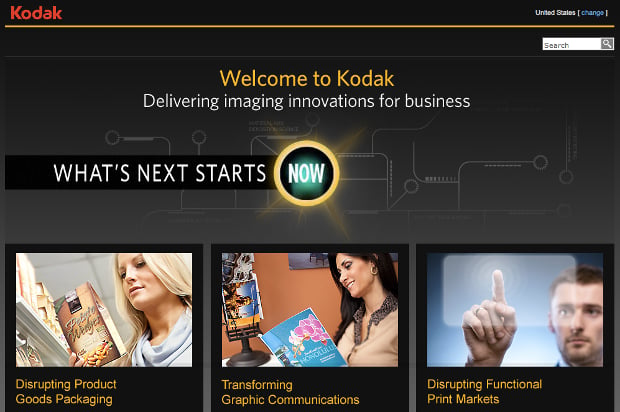 Part of becoming the “formidable competitor” was being willing to let go of doing everything itself. Kodak president for graphics, entertainment and commercial films, Brad Kruchten, explains that there was once a time when Kodak raised its own cows for gelatin production (to be used in film). Not only that, Kodak also grew its own corn to feed the cows.

From now on, the plan is to “look at what we know how to do and invest in that” — and that means commercial printing applications, as well as cheaper touch screen technology and smart packaging.

Kodak is promising more details about “what’s next” in the near future, but if you want more information, you can check out the company’s revamped website or read our previous coverage here.