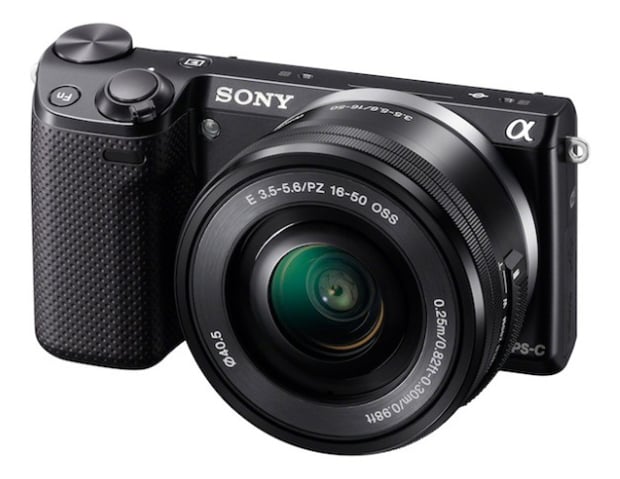 After weeks of speculation and leaks, Sony has seen fit to officially announce both its Alpha 3000 DSLR-style E-Mount camera as well as the rumored NEX-5T and three new E-Mount lenses. For details on the first of those, click here. As for the NEX-5T and the new lenses, it looks like the rumors were spot on. 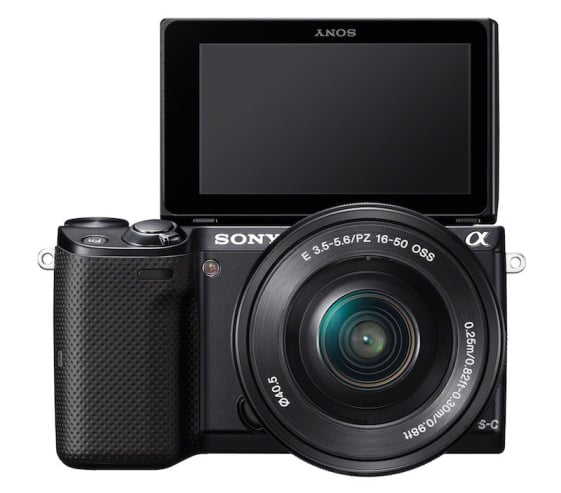 Technical specs for NEX-5T read exactly like the NEX-5R before it. That has the 5T sporting a 16.1MP APS-C sensor, a 3-inch 921K-dot tiltable touchscreen LCD, ISO range from 100-3200 (extendable up to 25,600), hybrid autofocus that combines phase and contrast detection, and the ability to shoot 1080/60p video.

The camera can also shoot continuously-focused 10fps in burst mode, and sports the same WiFi capabilities and compatibility with Sony’s Play Memories Camera Apps that the 5R did. Where the 5T stands out is mostly on the software side of things. Users will be greeted by the addition of Near Field Communication capabilities that allow for some cool tap-to-transfer functionality for both photos and video — a Sony ILC first.

Other notable features include the same Smart Remote Control feature found in the 5R — which lets you send a live image preview to a wirelessly connected camera or tablet via WiFi — and a fully programmable Fn button and control dial. 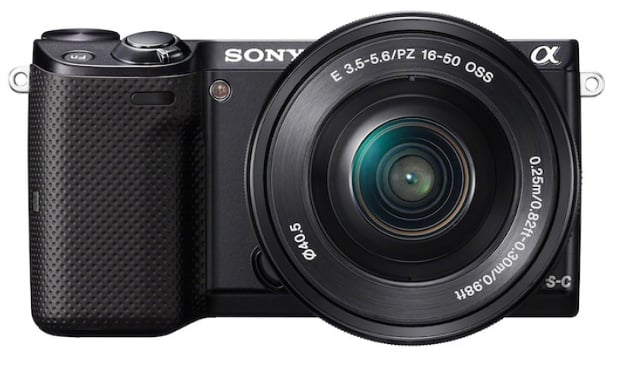 Here are the official photos for those three:

The camera is set to ship in early September, with the 16-70mm and 50mm following in late September and the 18-105mm coming out last in December.