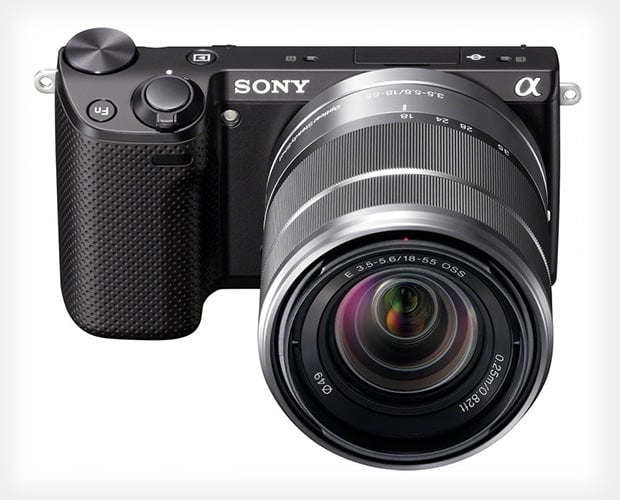 After weeks of leakage on the Internet, the Sony NEX-5R mirrorless camera was finally announced today. As the rumors said, the camera features both Wi-Fi and downloadable apps — two things that look to be huge trends in the camera world this year.

The basic specs for the camera are as follows: it features a 16.1 megapixel APS-C CMOS sensor, a hybrid autofocus that combines phase and contrast detection (a first for the NEX lineup), a max ISO of 25,600, 10 frame per second continuous shooting, 1080/60p HD video recording, and a 3-inch tilting LCD touchscreen. 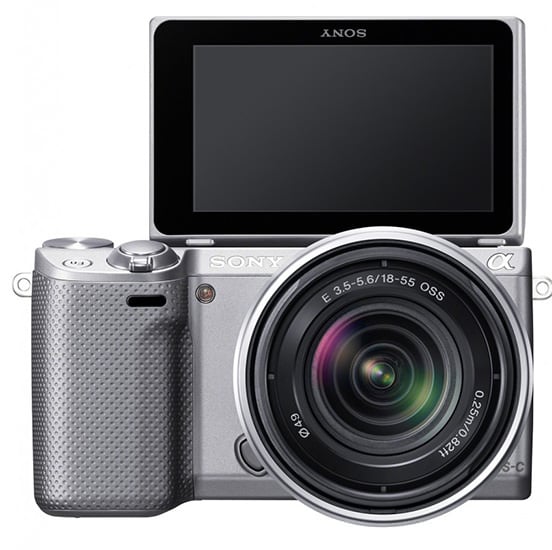 Like many of the cameras announced recently and to-be-announced in the near future, the introduction of 802.11 b/g Wi-Fi connectivity and apps pushes this camera in the direction of smartphones.

They allow photos and videos to be transferred wirelessly to any device running the new Sony PlayMemories Mobile app, currently available for Android and iOS. They’ve also baked in Facebook uploading for those of you who simply can’t resist offering up on-the-go photos for Likes from your friends.

Unlike the other Internet-capable cameras that have been popping up, the NEX-5R is the first interchangeable lens camera to offer these kinds of features. It does, however, use apps through a proprietary Sony app market, rather than through something more open like Google Play/Android’s market.

The apps, available through the PlayMemories app, will give the camera new features. Initially available apps will include “Picture Effect+”, “Bracket Pro”, “Multi Frame NR”, “Photo Retouch”, and “Smart Remote Control”. Others, including “Time-Lapse” and “Cinematic Photo”, will come further down the road. 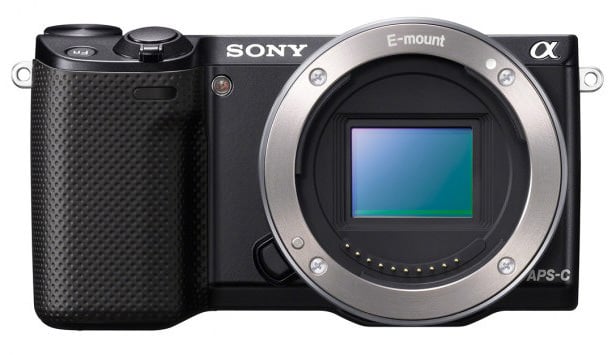 Physically, the NEX-5R features a new programmable control dial and function button, giving photographers a bit more freedom in how they handle their settings. 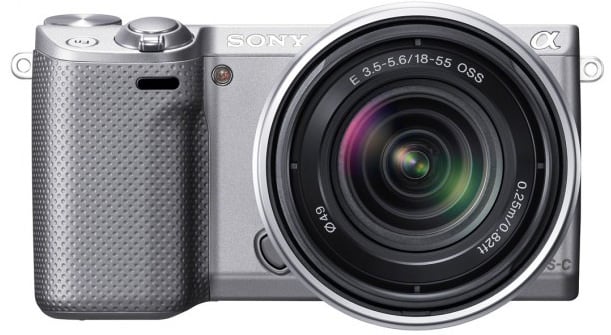 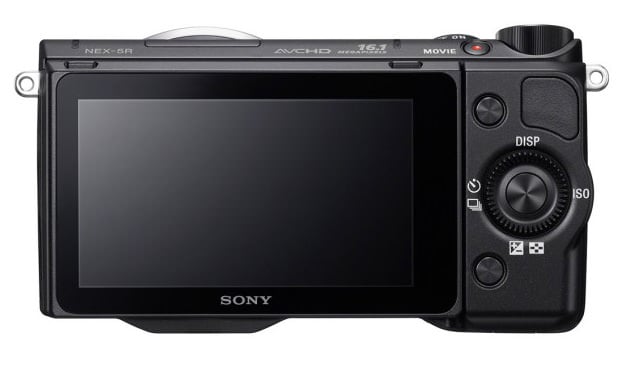 Here’s a short video by Sony introducing the camera:

The camera will be available starting in October 2012 in silver, black, and white flavors. It’ll cost around $750 when paired with an 18-55mm kit lens, or $650 if you choose to go with only the body.

How I Confronted a Newspaper and Got Paid as a Result