The Cassini space probe is undoubtedly a remarkable achievement. It’s been over 15 years since the probe was launched, an about 9 years since it reached Saturn. Since then, it’s been snapping scores of images of just about everything it sees.

Vimeo user Fabio di Donato has uploaded a video titled “Around Saturn,” which features more than 200,000 images snapped by Cassini from 2004 to 2012. These RAW images were converted to PNG and set to a Waltz. 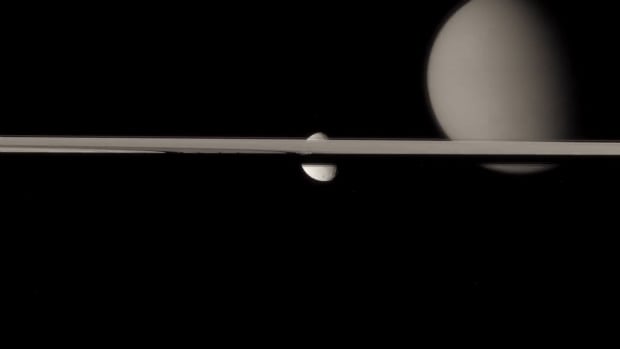 Donato’s inspiration for making the video? Astrophysicist and popular science writer Margherita Hack, who passed away in June of this year.

“She made me love the stars,” says Donato.

Earlier this week, Cassini snapped a stunning photo of Earth with Saturn and its rings in frame. But this isn’t the first time someone’s made a hypnotic video of the 6th planet from the Sun. Back in mid-2011, we reported on a Cassini photos remix, which is potentially as memorizing as this Waltz through Saturn’s gravity field.

But if you’d rather view Cassini photos in still form and without music, head over to the NASA Cassini Solstice mission page, which included RAW imagery.