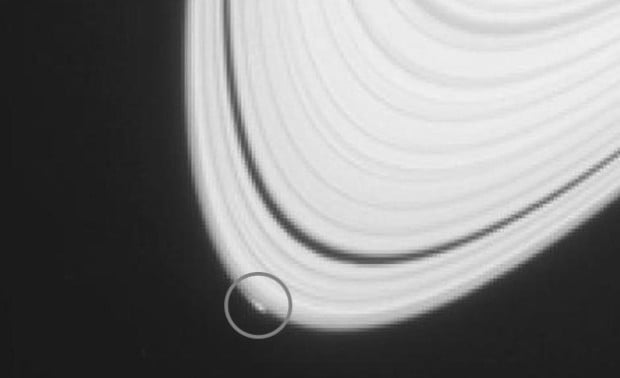 In what is a rare and rather historical event, NASA’s Cassini spacecraft has captured a fuzzy image of what scientists believe is a new moon forming from the particle rings surrounding the planet.

Named “Peggy,” this new moonlet is said to be just a half of a mile in diameter, making it not only minuscule when compared to Saturn’s largest moon (that would be Titan, which is approximately half the size of Earth) but also nearly impossible to capture in a photograph.

NASA hopes that by 2016, Cassini will be close enough to capture a better image, but scientists fear the newest addition to Saturn’s collection of natural satellites might fall apart before it gets its chance for a close-up.