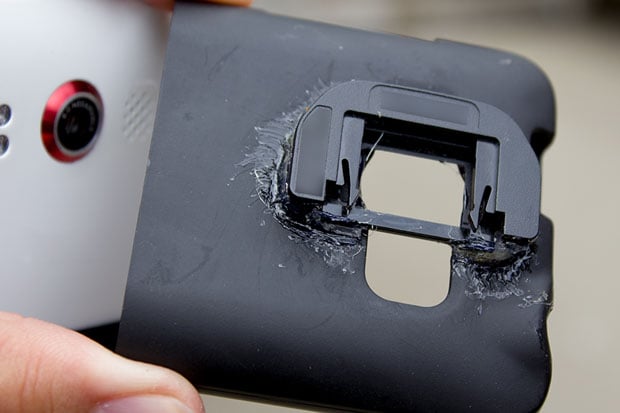 This weird looking contraption is a homemade adapter that lets you shoot digital photographs with a smartphone through the viewfinder of an SLR. Photographer Michael Amos built it a couple of years ago using a camera eyepiece and a smartphone case.

Amos tells us that he simply needed a way to capture some metadata (specifically geotag info) while shooting with his 35mm film camera. This could also be used as a system for keeping track of when photos were shot, and as a live view screen for shooting with a film camera away from your face. 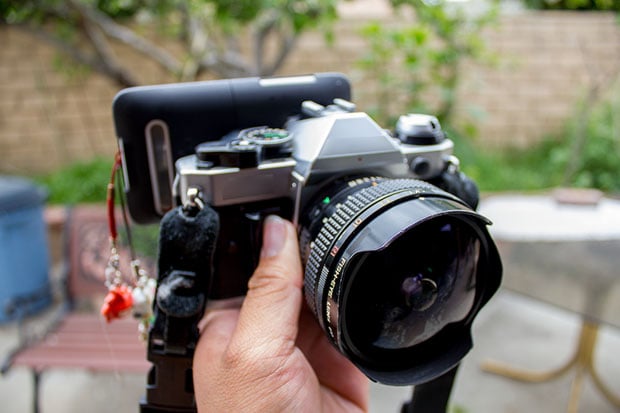 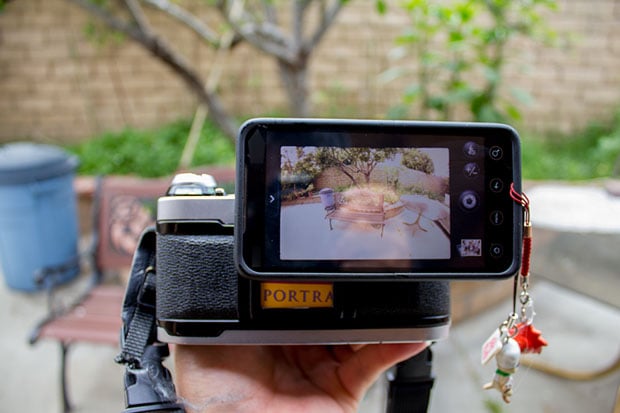 Taking a hard-shell 2-piece phone case, he hot glued a compatible eyepiece onto the case so that when it’s mounted to the smartphone, the eyepiece is centered over the phone’s camera lens. 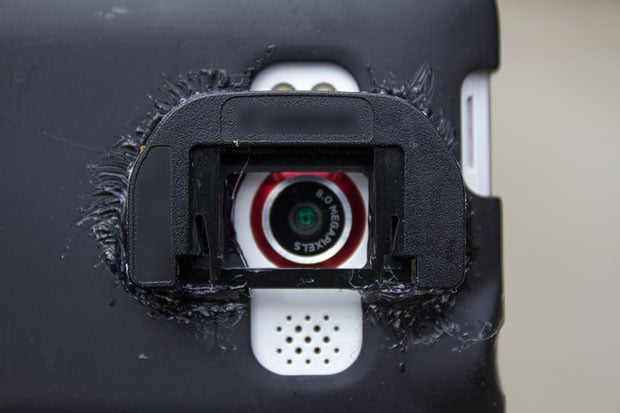 The adapter works well, but has a couple annoyances. One is that the smartphone’s focusing system often hunts and defocuses when peering through the viewfinder. Another is that any markings on your focusing screen (e.g. a split prism) will show up in your resulting photographs. If you’re actually planning to use the resulting photos for anything more than the metadata they contain, you’ll probably want to pick up a plain focusing screen that doesn’t add anything to the scene.

Here are some smartphone photographs captured through Amos’ SLR using this adapter: 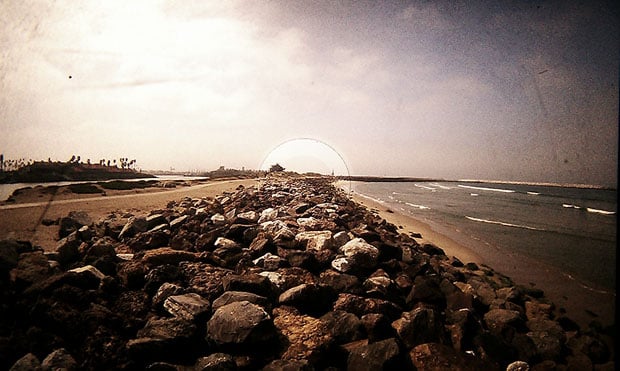 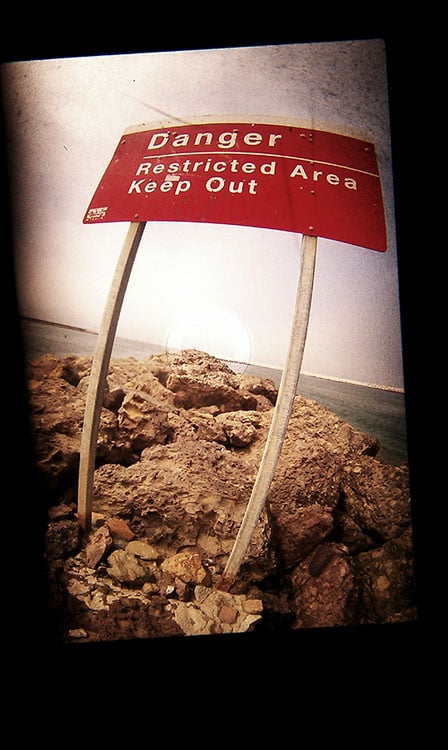 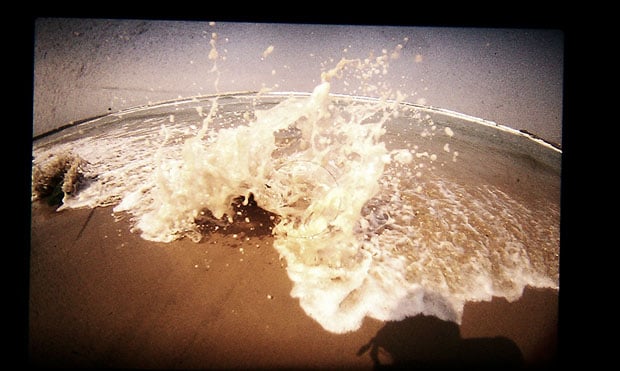 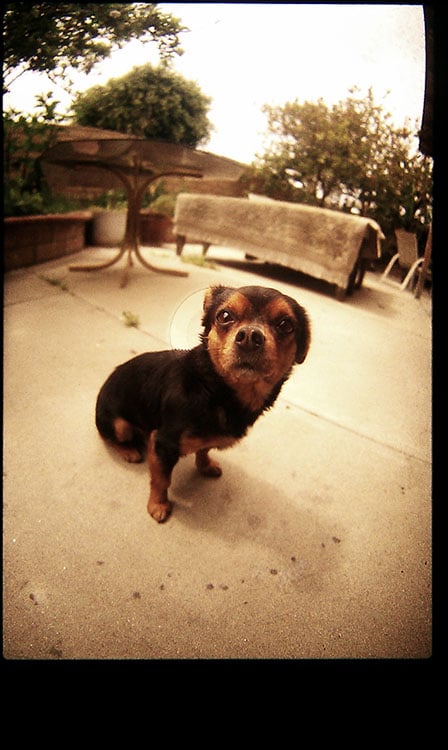 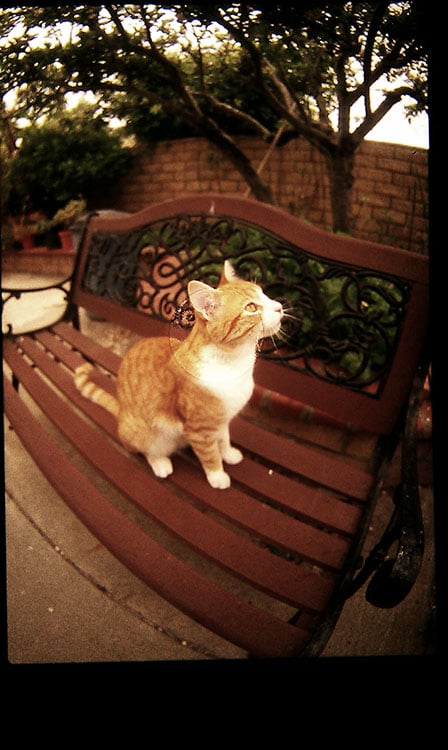 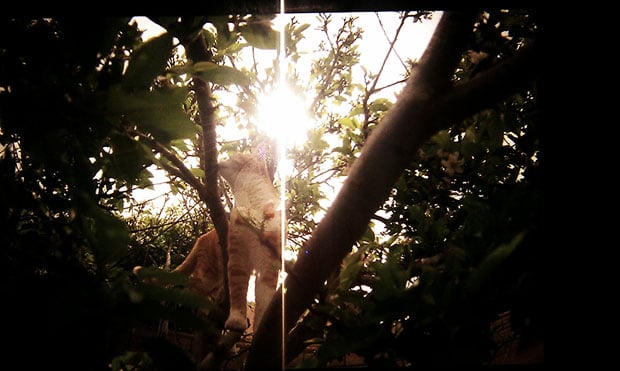 You can find more (and larger) “product” and sample photographs in this Flickr set.

P.S. If you tuned in last Friday, you might remember that a new company called Badass Cameras is currently trying to create a similar adapter for medium format cameras.

Image credits: Photographs by Michael Amos and used with permission

A Review of the Hasselblad Stellar