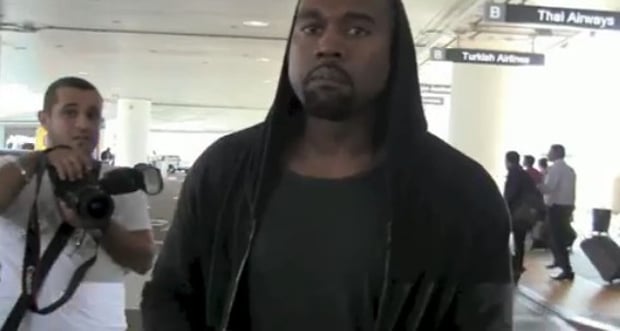 Singer Kanye West is being investigated by Los Angeles police for allegedly assaulting a photographer. Again.


Video of the event shows Ramos and several other photographers/videographers surrounding West as he walks to a limo. Ramos tries to engage the singer in conversation, asking “Why can’t we talk to you?” At that point, West chastises the cameraman for “trying to get me in trouble…so I have to pay you, like, $250,000.” The singer then lunges at the camera before the video cuts out.

Off camera, Ramos said West pushed him to ground while trying to grab his camera. He then jumped in the limo and took off before police and paramedics arrived on the scene. Ramos was taken to the emergency room, where the extent of his injuries was unclear. No word, either, on the condition of his camera. Police confirmed they were investigating the incident, and Ramos told celebrity gossip site TMZ that he plans to press charges.

West has had numerous run-ins with paparazzi in the past. In 2008, he was arrested but not charged for tussling with a photographer in London.  He was also captured on camera at LAX just a week ago smacking camera lenses and lecturing photographers on his rules of engagement: “I don’t want any paparazzi talking to me…or anyone I know…Tell everybody never talk to anyone that anyone knows.”

In what many regard as a sure sign of the apocalypse, West is in a relationship with meta-celebrity Kim Kardashian, whose brother-in-law is NBA star Lamar Odom — a guy who demonstrated his own style of paparazzi management earlier this month.

(via People and TMZ)