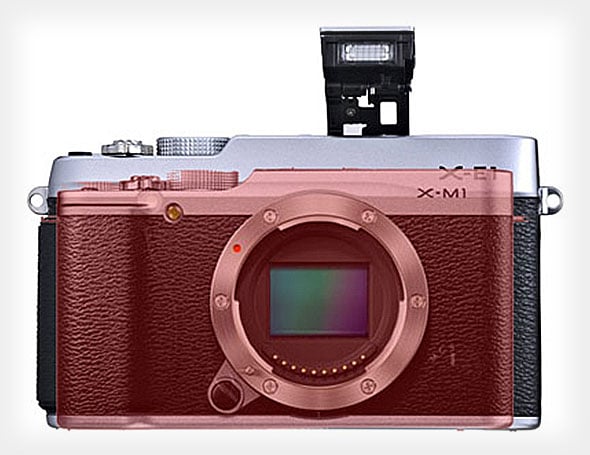 The comparison is possible thanks to the leaked photo showing the camera’s sensor and mount. Since we know that the camera uses the same mount and 16MP X-Trans APS-C sensor as the X-E1 and X-Pro1, you can simply line up the sensors and mounts in Photoshop for a direct comparison of camera body sizes.

Fuji Rumors reader Maximilian did just that, creating the comparison images above and below.

Another Fuji Rumors reader named MJr created a couple of side-by-side comparisons showing the X-M1 next to the X-E1, X-Pro1, and X20 (a fixed lens camera): 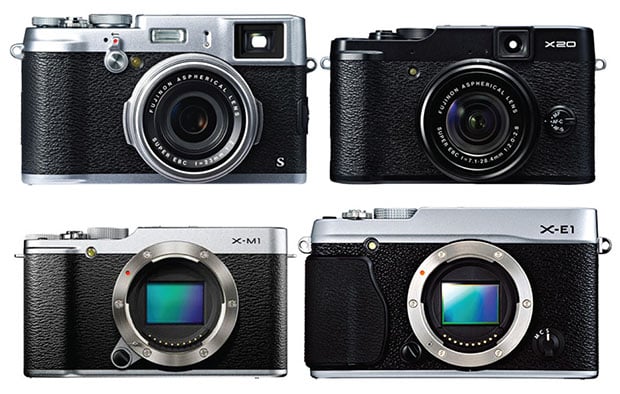 As you can see, the fact that the X-M1 leaves out a built-in viewfinder allows the interchangeable lens camera to be even smaller than the fixed-lens X20, which has a much smaller 2/3-inch sensor compared to the X-M1’s APS-C sensor.