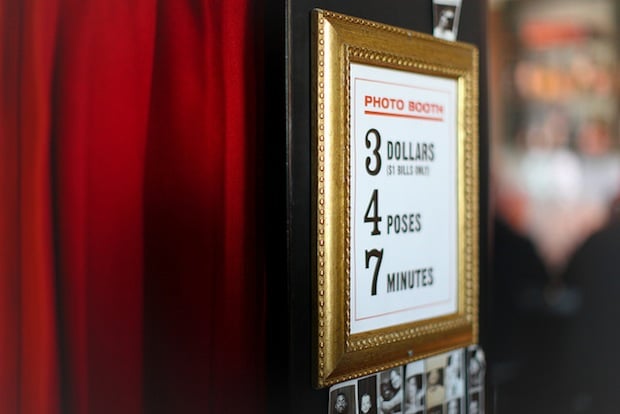 If you’re planning on stealing somebody’s credit card (and we don’t suggest you do), then at least have the presence of mind not to hop in a photo booth with the card and several of your friends to take potentially incriminating photos. That’s what police suspect a group of teens did after stealing a woman’s credit card in Crofton, MD.

According to The Smoking Gun, the lady reported losing her credit card while shopping sometime last week. She got back in touch with the cops, however, when she found that her card had been used to purchase movie tickets at a Regal Cinema theatre.

After reviewing the security cam footage, investigators zeroed in on a group of teenagers who had purchased their tickets from a kiosk. The same teens then squeezed into a theatre photo booth and snapped the following pictures:

The pics were recovered from the booth’s storage system, and clearly show one of the alleged thieves holding a Visa card, though it’s unclear whether or not it was the one that was stolen.

As you would expect, the police are asking the public’s help in identifying the would-be thieves, and have posted the above photo for everyone to see. And given the previously-displayed power of the Internet in such matters, it wouldn’t come as a shock if they succeeded.

(via The Smoking Gun)

A First-Person View of Photographing the Protests in Brazil