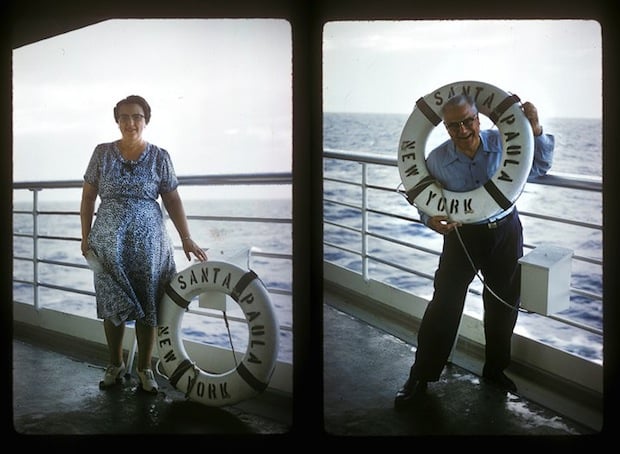 Harry and Edna Grossmann’s stories ended in 1986 and 1983, respectively. A long-time married couple, they never had kids, and instead chose a life of travel and photography. But none of this was known to most of the world until 30 old boxes containing 1,100 slides of their travels made their way into Chicago-based photographer Jeff Phillips‘ hands.

Phillips found the slides at St. Charles Antique Mall in St. Peters, MO. For $60, he made off with a wonderful collection of slides that showed a man and his wife traveling the world together. For Phillips, the slides raised one important question that he felt needed answering: who were these people? 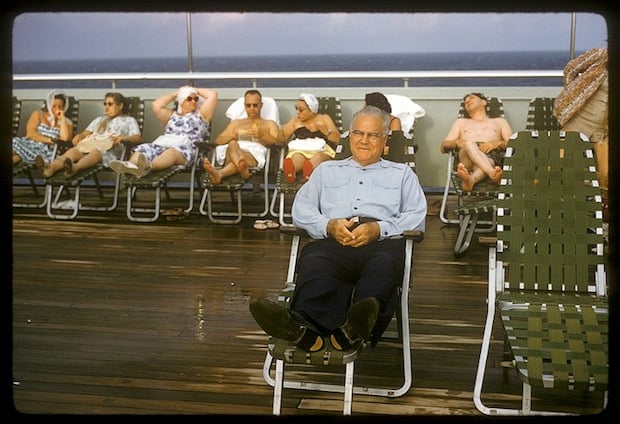 So, like any good social technology consultant, Phillips took to Facebook to see if the collective social media mind could unearth the identities of this mystery man and woman, identified in pencil on some slides only as ‘Harry’ and ‘Edna.’

The resulting Facebook page, Is This Your Mother, quickly garnered hundreds of likes — the search was on. Each day, Phillips would upload another of the photos to the site, pointing out clues or asking questions that some commenters might be able to answer. With 1,100 photos, he could keep uploading one per day for just over 3 years … he was prepared for the long haul. 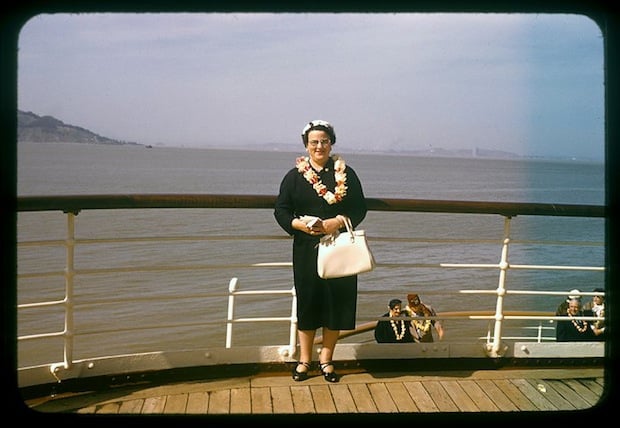 However, he didn’t need to be. It took the followers of Is This Your Mother only three weeks and one late-night virtual brainstorming session to eventually identify Harry and Edna as the Grossmanns. From then on, the search began for any family that might have known them, turning up their Great Niece Carol Felzien.

At that point, the remainder of the pieces of the puzzle were filled in by Felzien, who was both grateful and shocked at what the Facebook page had managed to achieve. Slides and Facebook comments from the project, which now boasts its own website, are currently on display at The Foundry Art Centre until June 21st.

And even though the search for Harry and Edna has ended, Felzien hopes that her Great Aunt and Uncle get to continue their travels in the form of this exhibition. Head over to the project’s website for more info, or check out more of Harry and Edna’s photos on Facebook.