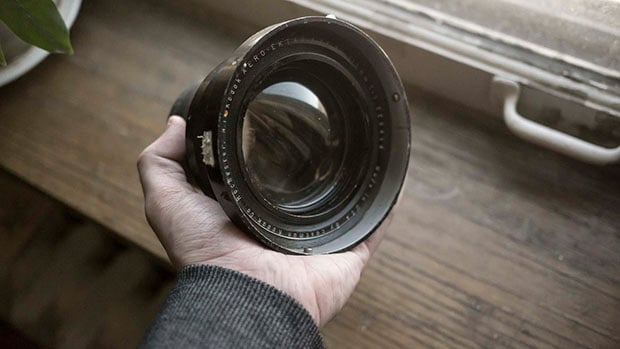 Originally produced for the US military in WW2, the Kodak Aero Ektar 178mm f/2.5 is a large-format monster of a lens. Mounted in bombers, facing down at Europe, this lens was sold to the US government for the price of a family car. It found its way into military surplus after the war, and was widely used in journalism and by professional photographers. 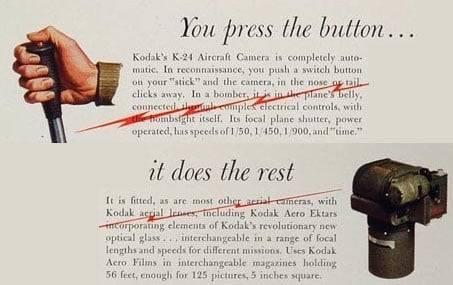 I managed to come into one of these lenses through my uncle, who was director of the radiation protection bureau of Canada. I mention the radiation part, because the rear element is made of thorium glass, which happens to be radioactive!

That’s right kids, it’s giving off all sorts of tasty rays. Luckily the danger is negligible unless you make contacts out of it, or grind up the glass and snort it. One side effect of the composition is the browning of the glass over time, which can be reversed (not that I want to. It’s such a nice tint of brown!) 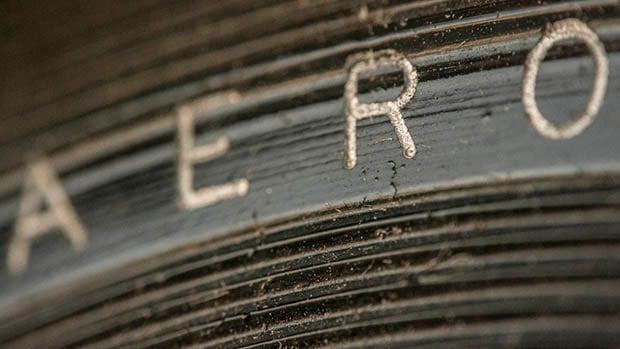 So I have this lens, and I want to use it to close to its full potential. I don’t do film, and just placing it in front of my GH2’s cropped sensor would make it a super telephoto, so instead I decided to built a focus adapter. 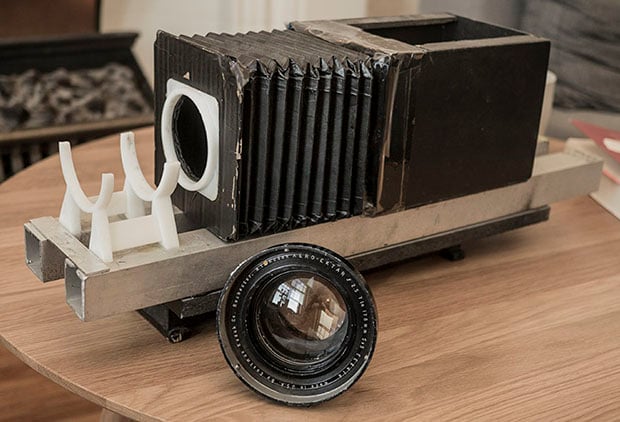 Bust Out the 3D Printer

I decided on a ground-glass style adapter, but I couldn’t find frosted glass fine enough to resolve a lot of detail. What I ended up using was the diffuser from an old LCD I had.

Diffusers are super fine-frosted sheets of plastic that spread out and even out the backlight on your monitor. I cut a piece to size and knew I had to build a housing for it. I started off with a pair of aluminium square tubes, as knew I wanted to build an adapter that could host my digital camera.

The lens would throw onto a ground plane, and the camera would photograph the flipped image from the diffuser. Luckily, I have access to an Up! Personal Portable 3D Printer. I started measuring the lens and designing a support bracket in Cinema 4D.

The quality was so high that I printed a friction-fit ring to seal the lens to the bellows. 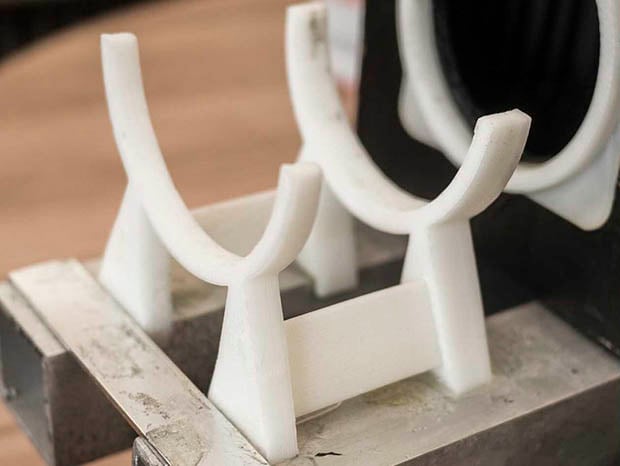 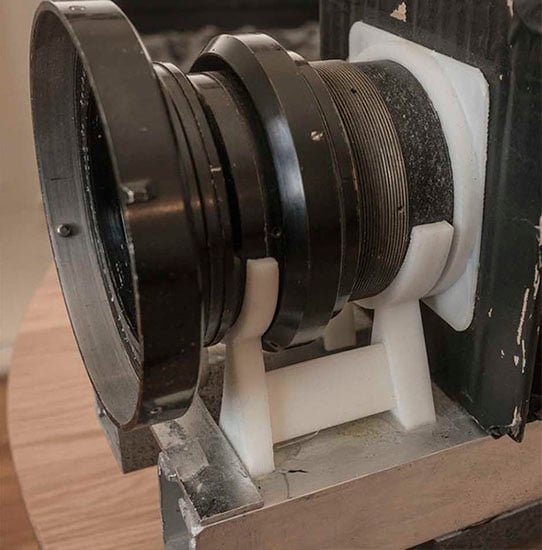 A handy man would have crafted a beautiful box out of mahogany, with dovetail joints, lined with fine black velvet and decorative brass hardware. I had matte black spray paint, epoxy, and little regard for proper ventilation. I set off putting together an aluminium frame to act as an epoxy magnet, and painted the crap out of it to cover up my shame.

Here’s a diagram of the rig: 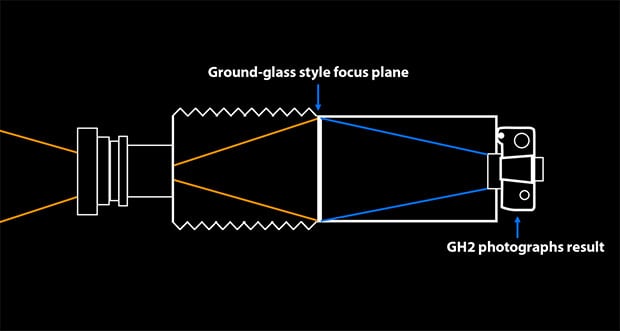 Here are some sample photographs shot by my DSLR using the lens and my DIY adapter: 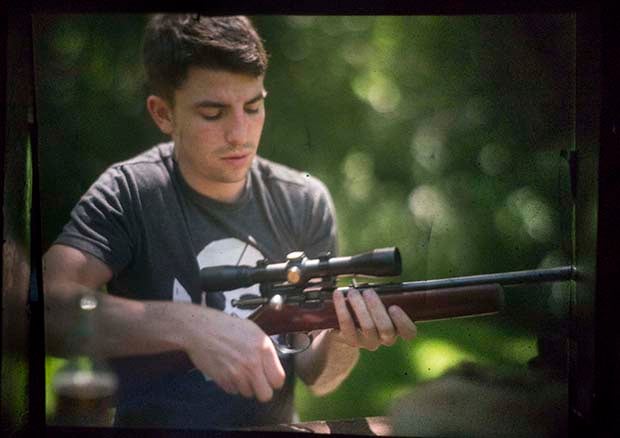 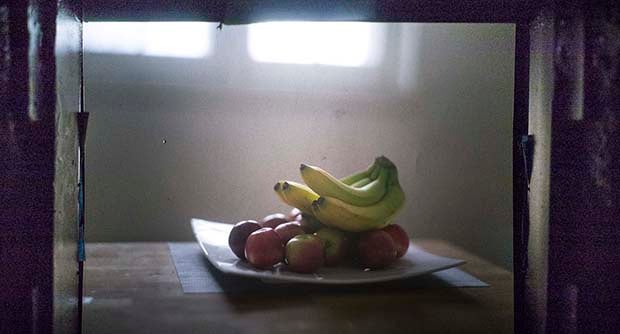 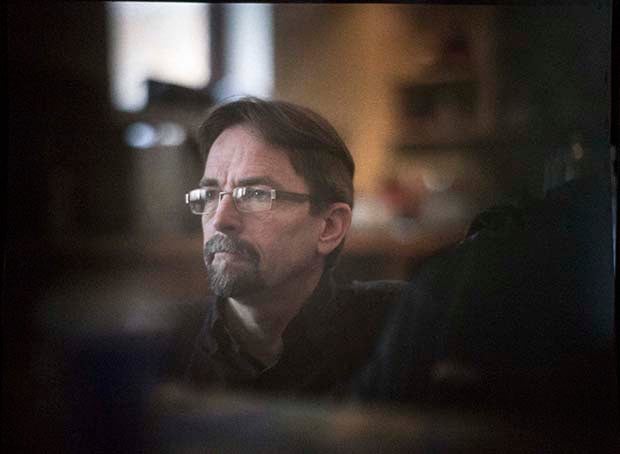 I took the completed setup to my favorite creative meetup, Secret Handshake. It was taking place in a dark pub and there were about 75 people that night rubbing elbows. I had the whole assembly on a tripod with a Nikon flash bouncing off the ceiling. The atmosphere was perfect for this vignetting and graininess: 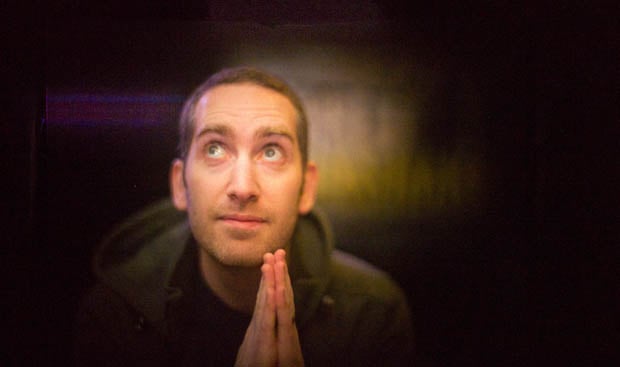 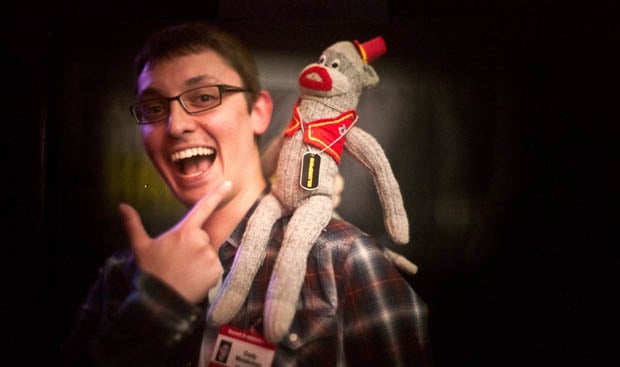 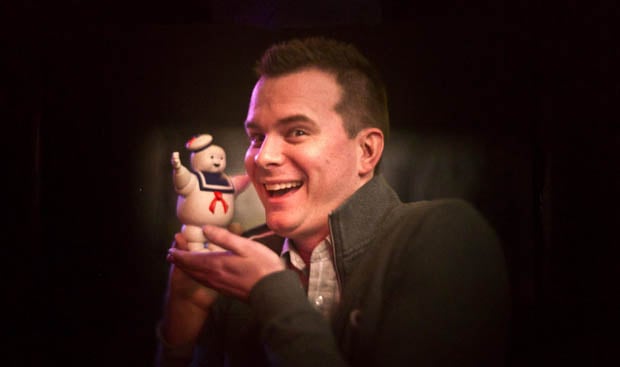 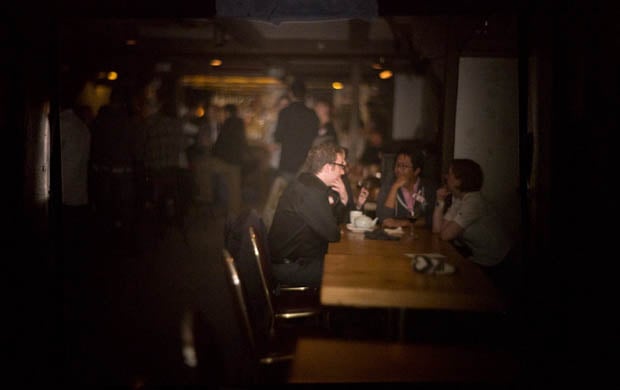 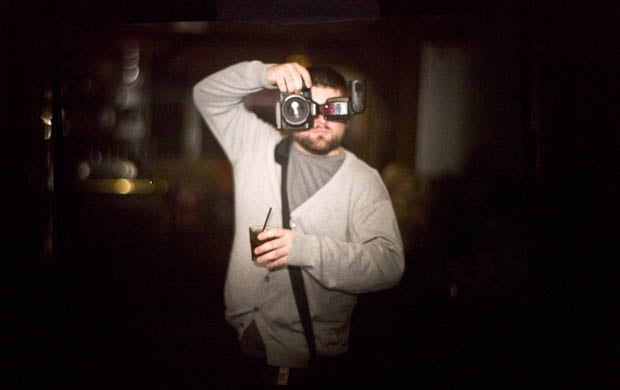 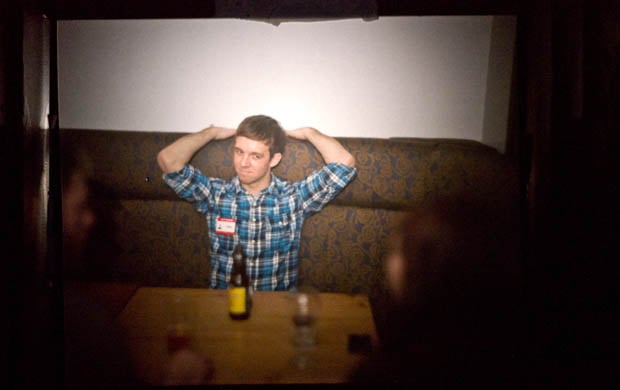 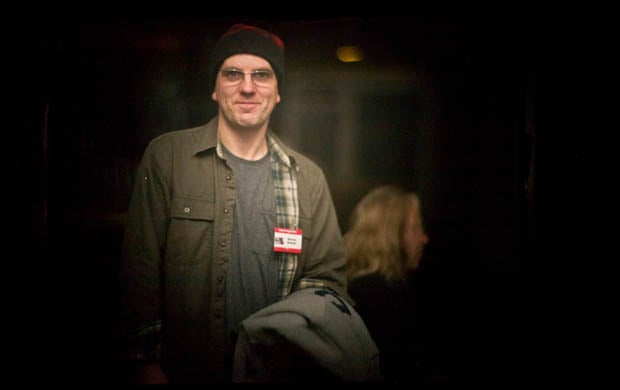 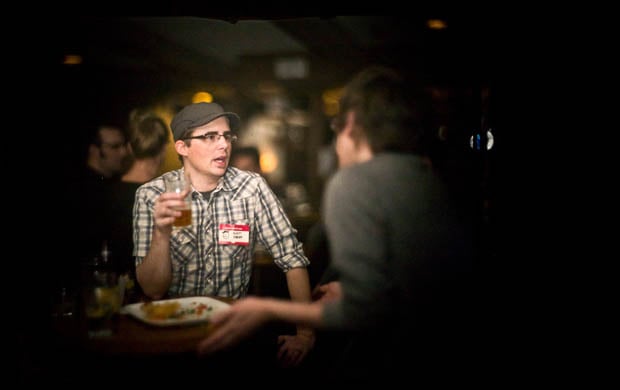 About the author: Patrick Letourneau is a freelance 3D artist based in Winnipeg, Canada. You can connect with him through his website, on Twitter as @PolygonSandwich, and on Vimeo. This article originally appeared here.