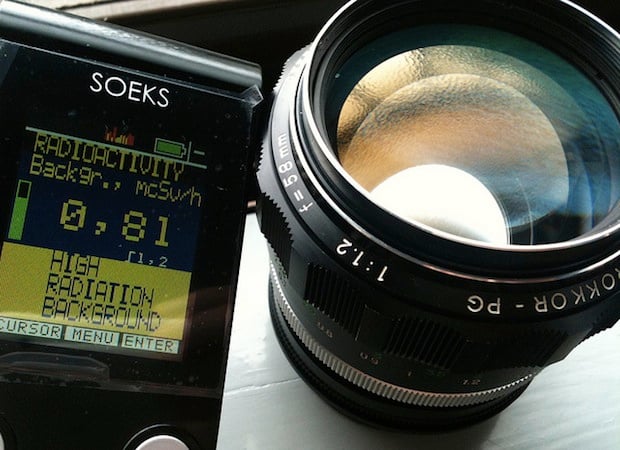 Late last year, we shared a video in which a photographer tested the radioactivity of an old Pentax 50mm f/1.4 lens that is really popular with film photographers. But that is far from the only lens you have to worry about when it comes to radioactivity.

Camerapedia lists 54 lenses that have been reported as radioactive and that, if you use them often enough, you may want to take note of.

Radioactivity in old camera lenses is due mostly to the widespread use of thorium glass elements in the 1940s, ’50s, ’60s and ’70s. Thorium oxide is highly refractive and low dispersion; this translated into cheaper high-quality glass by allowing manufacturers to make lenses of lesser curvature.

Kodak in particular was quite prolific in using thorium glass elements. Their name shows up on the list a total of 11 times, and some of the cameras these lenses were attached to were quite popular. Case in point is the Kodak Instamatic 814, which was produced between 1968 and 1970.

The Ektar 38mm f/2.8 lens the 814 came with was lauded to deliver “exceptional sharpness and flatness right out to the corners,” it had a “sharp eye for pictures”: 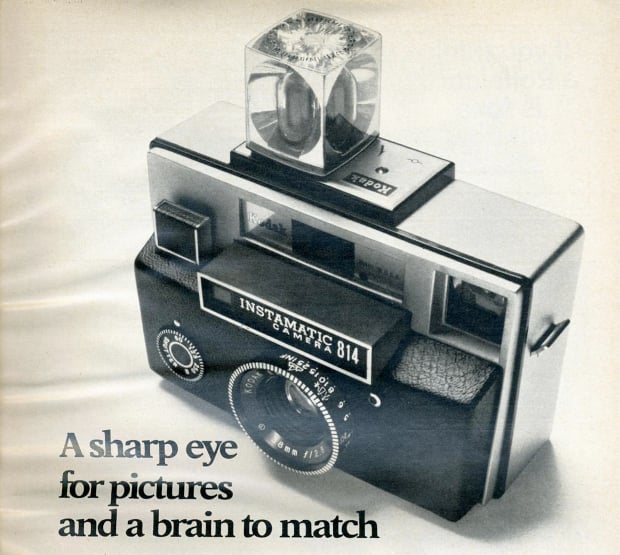 According to Camerapedia, typical radiation from these glass elements approaches about 10 milliroentgen per hour (mR/hr) at the lens surface, decreasing to almost undetectable levels by the time you’re as few as 3 feet away. By comparison, a chest X-Ray exposes you to about that same amount, and dental x-rays can expose you to as much as 40 mr/Hr in one sitting.

This means that unless you have a sensitive area (for example, your eyeball) very close to the thorium element itself, it probably doesn’t pose much of a threat; and even if you were right by the lens for, say, an hour per day, you’d probably still be ok in the long run.

The real threat comes from thorium eye pieces, which are much more rare but would be very close to a very sensitive area. However, since thorium experiences mainly alpha decay, you wouldn’t need much to shield yourself. Even a pair of contacts or glasses would completely block the radiation that might harm you or cause problems in the long run.

To see the full list of radioactive lenses and the cameras they came in, head over to Camerapedia. But don’t worry too much. Even if you spot one of your lenses on the list, you probably won’t need to invest in a Geiger counter.

Tip: Generally Only Share About 5 Photos From Any Set of Pictures

Random Acts of Kindness Captured by Car Dashcams in Russia