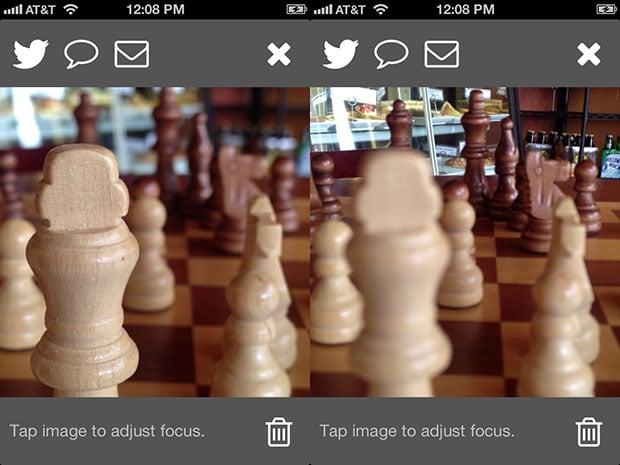 FocusTwist is a new app for iOS devices that lets you shoot Lytro-style refocusable photographs using your phone or tablet. Photographs shot using the app are interactive and dynamic in their focusing: click (or press) any area of the scene to see that area of the photograph come into sharp focus.

As we reported in a sneak peek post over the weekend, the app is by the folks over at the Charlottesville, Virginia-based mobile app development company Arqball. Founder Jason Lawrence tells us that they’re fans and researchers of computational photography who have always been intrigued by refocusable photos.

The concept “creates an entirely new form of interactive media that engages a person to explore often unexpected and intimate elements of a scene,” Lawrence says. Unlike Lytro’s light field camera, which uses innovative new technology that actually captures entire scenes sharply in one shot, FocusTwist “fakes it.” The app doesn’t require any additional hardware because it’s simply based around the idea of stacking multiple photographs.

The app snaps multiple photographs of a scene with different focal planes and then merges them together into a single interactive image that can be refocused. One of the “secret sauces” behind the app is the image stabilization algorithm that it uses to cancel any hand shake that might be present when it shoots the multiple exposures. 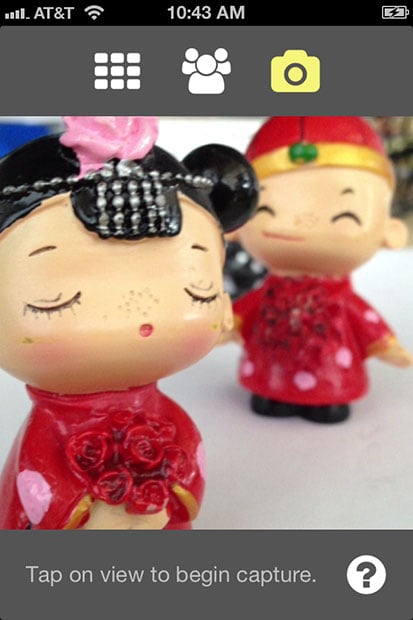 Here are some examples of refocusable photos that result:

For more examples of refocusable photos captured using the app, do a search on Twitter for the hashtag #focustwist. Photo tweets with that hashtag are also considered for inclusion in a featured gallery within the app itself.

Here’s a video introducing the new app and showing how it works:

You can pick up a copy of FocusTwist for $2 over in the App Store. You can also find out more about the app through its newly launched website.

What Landscape Photos Would Look Like if Planets Replaced the Moon

The Story of How I Acquired and Defeated Gear Acquisition Syndrome