A patent filed back in September of 2011 was finally awarded to Apple today, and it has the whole photo world atwitter. That’s because this patent describes a camera system that would use the light-field technology made famous by Lytro to take refocusable images — and it could work inside portable devices such as an iPhone.

That’s right, light-field technology in an iPhone… now you see why everybody is excited over something that is, after all, still just a patent. 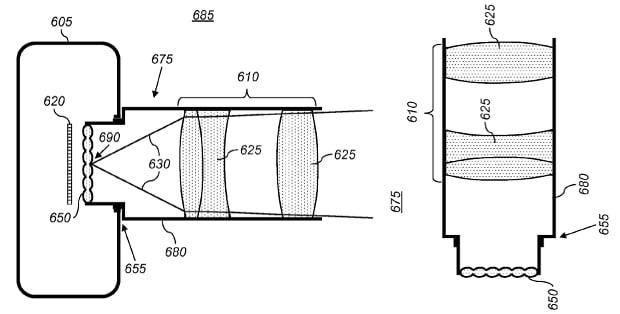 Truth be told, Apple’s interest in light-field technology has been known for some time now, ever since news broke that Steve Jobs had actually taken the time to meet with Lytro creator Ren Ng in his Palo Alto home for a demonstration before Lytro even launched.

But it seems Jobs wasn’t ever intent on buying the tech. Rather he wanted to duplicate/expand on it, seeing as this patent was filed several months after that meeting.

The patent itself — dubbed Digital camera including refocusable imaging mode adaptor — describes a camera system that could take high-resolution photographs under normal circumstances, while taking lower-resolution light-field refocusable photographs whenever a microlens adaptor in engaged. 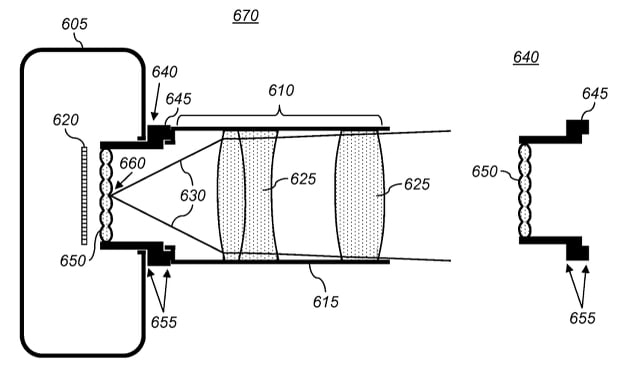 This movable (and in some pictures removable) adaptor is the main difference you’ll find between this and Lytro’s technology. As described by Apple Insider:

Apple’s design employs a movable adaptor situated between the lens element and the imaging sensor. The adaptor holds the microlens array, meaning the camera can operate in two separate modes: high-resolution non-refocusable and low-resolution refocuasable. Lytro’s microlens component can also be moved closer and farther from the sensor, but cannot be completely removed from the light path.

If you’re interested, you can read the full patent here for a ton more details. However, as with all patents, it’s probably unwise to get really riled up about this just yet.

On Design: Searching for a More Visual News Site