Update: It seems that this rumor was off base. The latest word is that there is indeed a 2/3 sensor coming, but it will appear in a new XS2 fixed lens camera. The upcoming entry-level X-Series camera will continue to feature a APS-C-sized sensor. That makes a lot more sense. 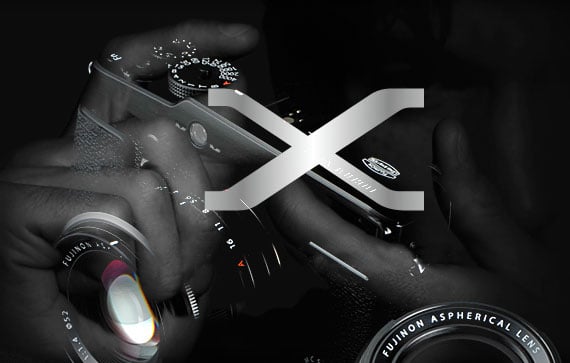 We’ve heard that Fujifilm is primed to make some camera announcements this summer, and according to Digicame-Info one of those announcements may be a new entry-level X-mount mirrorless camera. The camera is expected to be announced in the summer (possibly June, according to PhotoRumors) and made available in the fall for anywhere between $550 and $700.

But it’s not the price, release date, or even the existence of a potential entry-level mirrorless ILC from Fujifilm that has people talking. Instead, it’s the rumor that the camera will come to market sporting a tiny 2/3-inch X-Trans CMOS sensor.

This wouldn’t be the first 2/3-inch X-Trans sensor to appear in the X-Series lineup, as the same sensor has already been released in the X20. However, the X20 is a fixed-lens camera, so this would be the first X-Series interchangeable-lens camera to feature the smaller sensor size.

To give you an idea of how that would look on an X-Mount, here’s a picture put together by Patrick over at Fuji Rumors:

As you can see, the sensor is significantly smaller than the APS-C sensor currently used by X-Series mirrorless cameras. The 2/3-sensor would have a crop factor of 3.6x, more than double the 1.5x crop factor of Fujifilm’s APS-C sensors.

For wider angles, Fujifilm will presumably want to release a new series of X-Mount-compatible lenses designed specifically for the 2/3 sensor size, assuming it does become a reality.

Whether or not the 2/3-inch sensor size actually materializes in the upcoming camera, the general consensus appears to be that an entry-level camera will indeed be announced sometime before summer turns to fall (along with some other tasty announcements as well).

Copyright Infringement and the Culture of Suing Artists Into Submission

What Landscape Photos Would Look Like if Planets Replaced the Moon