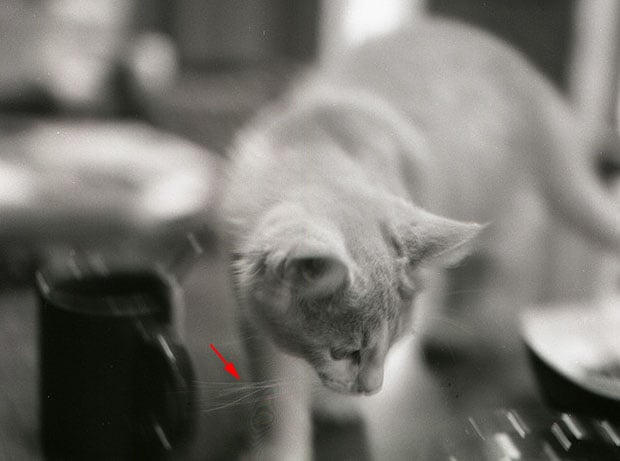 The Nikon Coolscan 9000ED scanner is an excellent scanner. The included holders are of a very good standard and many extremely useful and high quality optional holders are available. None of them, however, are cheap.

I have been scanning happily for many years with my Coolscan 9000 ED and never seen the need for glass scanning. For the most part I use high quality film that is not difficult to make lie flat and my only medium format camera until recently was a 6×4.5 model that I never used anything but Fuji and Kodak film in.

Nevertheless, I had ordered some glass insets some time back from Focal Point — mostly out of curiosity. In my limited testing the gains were modest and the extra effort significant so they mostly stayed in the box.

In the past six months my camera stable grew to include two medium format folders: the new Lomography X 6-12 6×12 camera and a beautiful German Agfa Record III 6×9 folder with the high quality Solinar lens. All of a sudden I was having significant challenges with film flatness. Try as I might I could not get the flatness I needed out of Nikon’s “tension” holder.

Since the shiny side is usually the side that has bad Newton Ring problems this is meant to work well. However, in my experience with the films I shoot (and maybe the climate I’m in) I often find that the emulsion side is smooth enough to give rings and I invariably only find these later when I’m editing. These problems dissuaded me until my new cameras prodded me to solve the problem.

First of all, here is the standard Nikon FH-869S holder with the tension clamps removed: 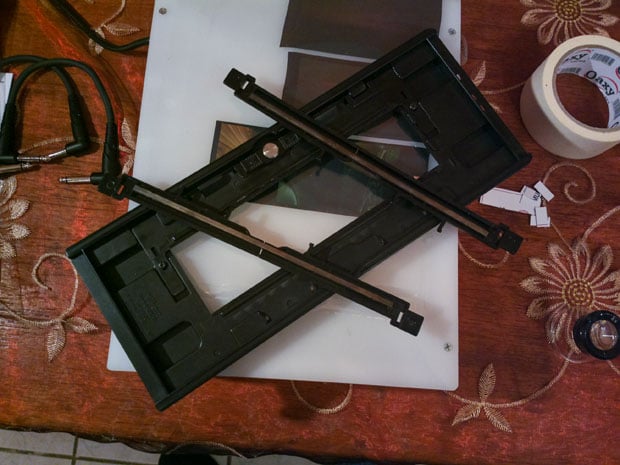 I have two pieces of the Focal Point glass. One plain and one AN. The AN glass has a sort of frosting on one side. You won’t see this by just looking at it but you can see it easily if you cause a bright light to be reflected by it.

Here is the shiny (plain) side: 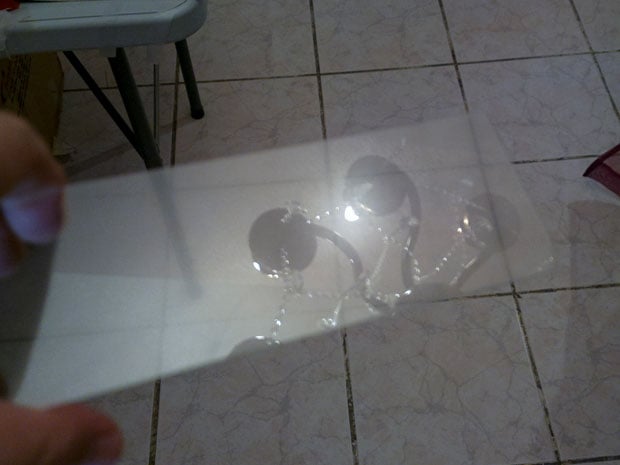 Here is the “frosty” Anti-Newton side: 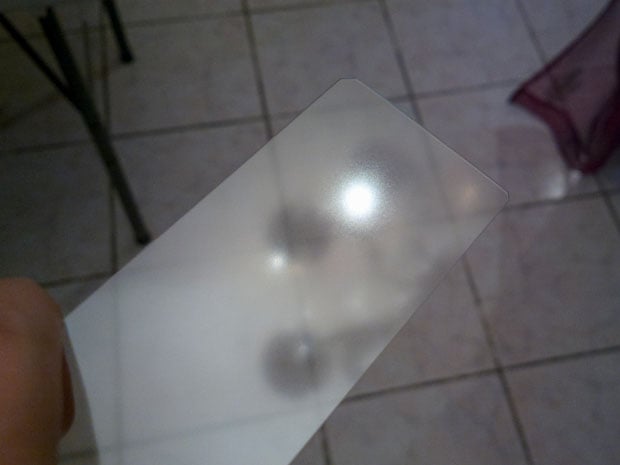 It is hard to tell from these shots but both sides of the Focal Point glass look equally clear until you get a bright reflection bounced off them. 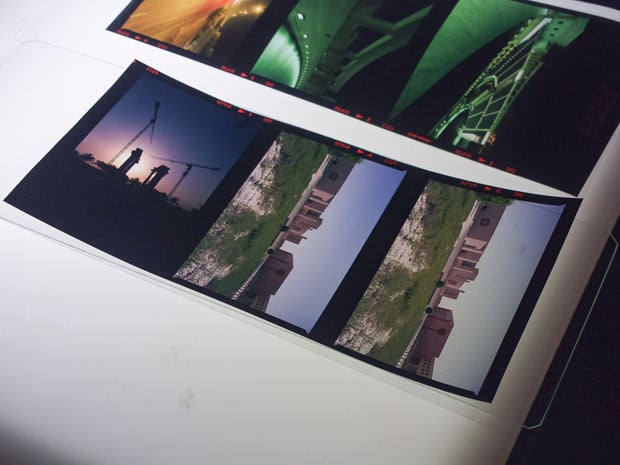 Next step is to carefully tape down one end of the film to the glass. Once the one end is taped down you need to place some tape on the other end and tape it down whilst applying tension along the length of the film. This tension will keep the film firmly against the glass in the middle although the sides will still curl away: 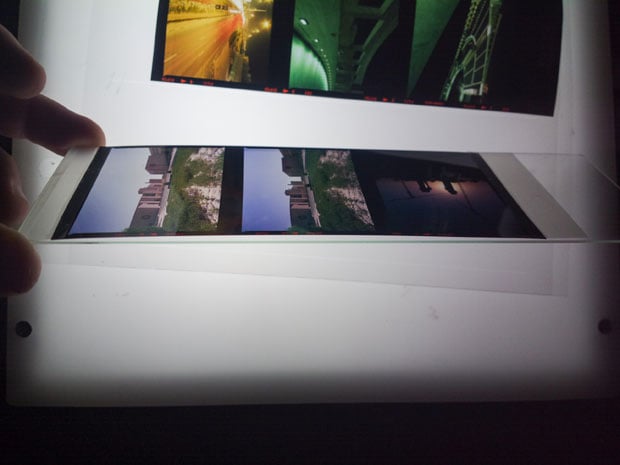 You don’t have to worry about these edges because the next step is to place the glass in the holder with the film facing down. The film edges will now be held flat against the glass by the edges of the film holder: The thing to watch for now is that the glass will only sit down flush in the “channel” in the holder if you carefully press it firmly and evenly down into the gap. It is a tight fit. It is a tight enough fit that you may or may not need to tape the assembly down. I usually tape it down just because if it does pop up you have to do your whole scan over again. Here is the same glass and film assembly properly pressed down. Note the edges of the glass versus the edges of the channel in the holder: 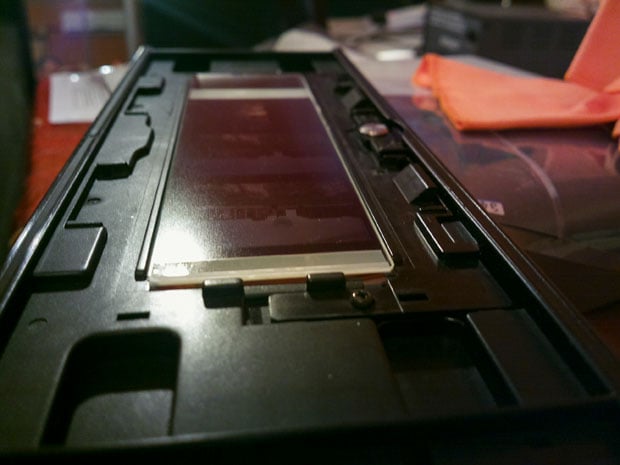 There are a number of advantages to this way of doing it:

I hope this solution is useful for some other of you Nikon scanner owners out there. I do find the larger the piece of film the more objectionable the random soft areas from non-flat film become.

About the author: Sam Agnew is a professional photographer based in Doha, Qatar. Visit his website here. This post was originally published here.

This LEGO DSLR Comes with a Flexible Strap and External Flash