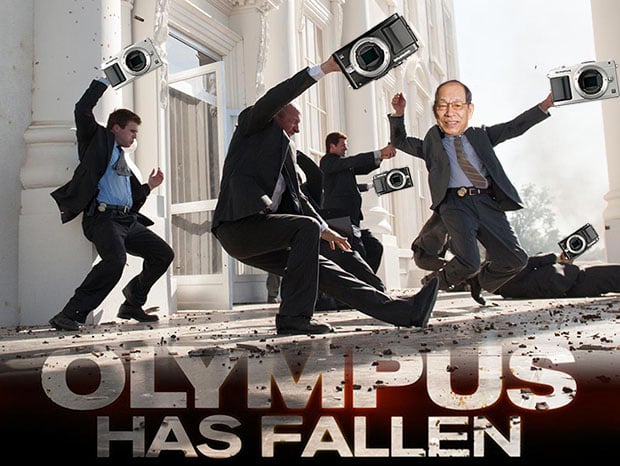 Former Olympus president Tsuyoshi Kikukawa may soon spend up to five years of his life in prison for his role in Olympus’ massive financial scandal that rocked corporate Japan back in 2011. Prosecutors allege that Kikukawa orchestrated a coverup of $1.7 billion in company losses, one of the biggest frauds in Japanese history and the country’s equivalent of America’s Enron scandal.

The prosecutors are also asking the Tokyo court to fine Olympus a further $10.6 million for how it “eroded domestic and international confidence in the (Japanese) market.”

Kikukawa confessed to his role in the crime back in September 2012, saying that he would take “full responsibility” for his actions. If convicted and sentenced to a full five years, the 72-year-old Kikukawa will be over 77 years old by the time he’s released from prison.

Michael Woodford, the ex-CEO who was fired after he began poking his nose where it didn’t belong, reportedly won a $15 million settlement from Olympus for his wrongful dismissal.

You can read our complete coverage of the Olympus scandal here.

Image credit: Photo illustration based on poster of Olympus Has Fallen by Millennium Films

Rare Parrot Gets a Little Too Friendly with Wildlife Photographer

Photographs of the Poor Filipino Children of “Smokey Mountain” in Manila